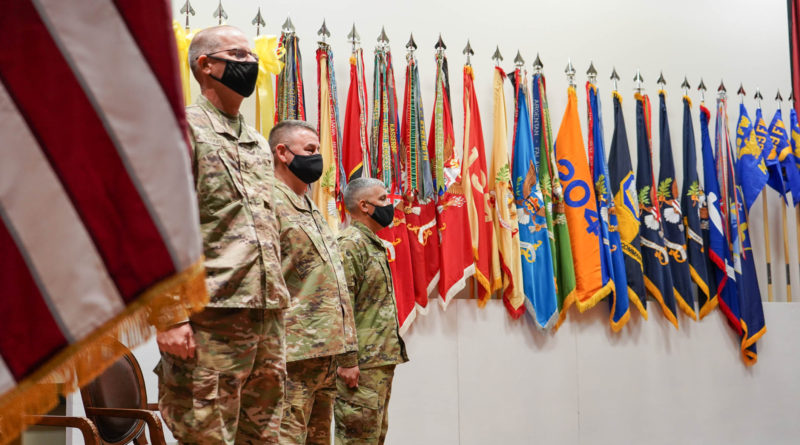 “Sergeant Major Stiefvater, thank you for your leadership, support and sacrifices for 36 plus years,” said Brig. Gen. D. Keith Waddell, adjutant general of the LANG. “You have done a remarkable job in every unit you have served and your mentorship and leadership to many soldiers and airmen will endure for many years to come.”

Stiefvater, a resident of Pineville and a graduate of Northwestern State University, has served as the senior enlisted advisor to the army and the senior enlisted leader of the entire LANG for the past 7 years. From the years 2000-2013, he served as battalion command sergeant major for the 1st Battalion, 244th Aviation Regiment; 1st Battalion, 141st Field Artillery; and 3rd Battalion, 156th Infantry Regiment. Stiefvater also served as command sergeant major for the 139th Regional Support Group and 225th Engineer Brigade.

“Although today is a day to signify a transfer of responsibility and to saying goodbye, for me … it’s a day to give thanks,” said Stiefvater. “To the Louisiana National Guard, I want you to know that there is no doubt in my mind that this Natchitoches boy would not be where he is today without your support. All of the success I have not only goes to God but to all of you. I am in awe to have watched what you do and have done during my time.”

Before assuming responsibility as the LAARNG SEA, Stiefvater mobilized in support of Operation Iraqi Freedom from 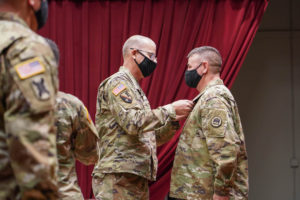 As the newly appointed senior enlisted leader, Ockman will now advise the adjutant general of Louisiana on all matters pertaining to the more than 11,400 soldiers and airmen in the state.

“Sergeant Major Ockman, congratulations on this well-deserved honor … and I have no doubt you will excel at this position,” said Waddell. “You have been an exceptional standard bearer, always committed to excellence, and a strong advocate for our guardsmen, their families and our organization.”

Ockman, a resident of St. Charles Parish and graduate of Excelsior College in New York, has served in various infantry positions throughout his active duty and National Guard career. Since 2005, he has served as a command sergeant major for the 1-141st Field Artillery Battalion, 199th Leadership Regiment, 256th Infantry Brigade Combat Team, 139th Regional Support Group and the 199th RTI. He also served as the commandant of the Louisiana Noncommissioned Officer Academy, as the senior enlisted advisor of the Construction and Facilities Management Office, the Reintegration Office and most recently as the SEA of the LAARNG. 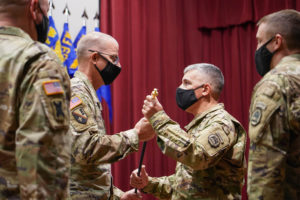 “Thank you to Sergeant Major Stiefvater for your leadership, friendship and counsel. We will miss your mentorship,” said Ockman. “To the soldiers and airmen, I will support you and your families, the unit goals, the command vision and provide the tools for training to maintain the readiness of both our state and federal missions.”

Stiefvater resides in Pineville with his wife, the former Teresa Malone. He is also father to three children: Corey, Christin and Emma.