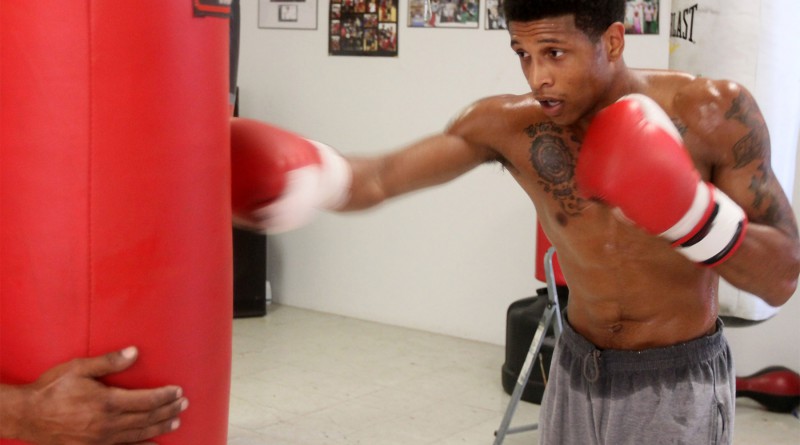 Alexander, a member of Headquarters and Headquarters Detachment, 139th Regional Support Group, was the only National Guardsman in the country to compete at the prestigious tournament and was one of approximately 30 Soldiers from across the Army to be invited.

“Spc. Alexander has always been a model Soldier. Now he has the opportunity to display that not only to the 139th family, but quite possibly the entire world as he progresses with the All- Army Boxing Team,” said Capt. Kerry G. Lewis, HHD, 139th RSG commander. “Anytime a soldier has an opportunity that can generate a positive effect upon their civilian and military careers, it should be regarded as a good situation for everyone.”

Alexander joined the Guard right out of high school in 2011 as a food service specialist, looking for opportunity.

“I didn’t know what I wanted to do with my life, and I figured the National Guard would discipline me and keep me on track with my life, which it did,” Alexander said.

What he didn’t know at the time was that, in addition to providing direction in his personal life, the Guard would help advance his boxing career.

“As a Guardsman, I have more opportunities. The All-Army Team, the Army World Class Athlete Program, those are roads straight to the Olympics, straight to all the big tournaments,” Alexander said. “Civilians have to work two or three times harder to get those opportunities. They have to work harder, raise money, fight in more tournaments than I have to.

“The Guard paid for me to go, paid me to be there, so I had a lot of room to breathe. All I had to focus on was boxing and training. Knowing I was getting paid to do what I love, it’s pretty good.”

Alexander says being a Soldier has made him a better boxer too.

Alexander is now training to qualify for the 2016 Olympic team tryouts. His coach at Pro Athletic Performance gym in Houma thinks he can make it.

“This guy right here has the potential to become the world champ,” said Lloyd Stewart. “He’s one of the hardest working guys I’ve got in the gym. He’s a leader, and I’m very impressed with him. He has world champion ability. That’s very, very rare.”

The 139th Regional Support Group is headquartered at Jackson Barracks in New Orleans.