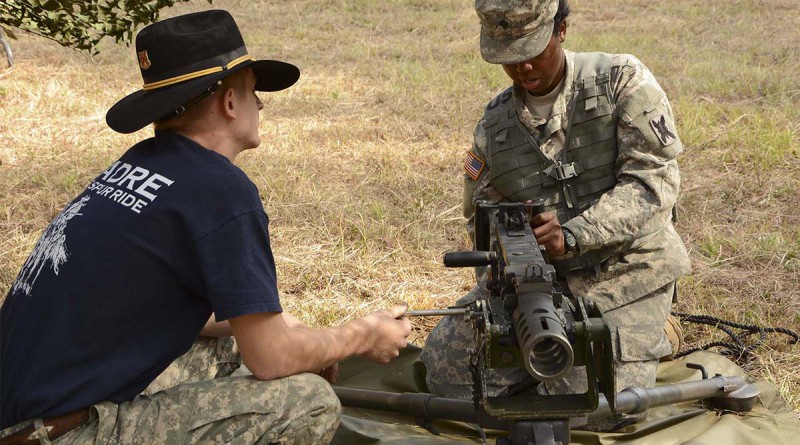 The Spur Ride is a combination of a training exercise and history lesson for the Soldiers, to test their knowledge of scout reconnaissance skills. A total of 28 Soldiers attempted the event.

Historically, cavalrymen had to prove their ability to handle their horse and saber to earn their spurs. The tradition of awarding gilt spurs, rooted in knighthood, signifies entry into the ranks and fraternity of the mounted warrior. Today, Soldiers may earn two different types of spurs; gold spurs are earned in combat and silver spurs are earned outside of war by participating in a Spur Ride.

“It’s a tradition that we use, that’s combat proven, to establish comradery in the corps and to give our troopers a sense of belonging,” said Command Sgt. Maj. William Edwards, senior enlisted advisor for the 2-108th.

The cavalrymen had to march 12 miles while carrying a 35-pound ruck sack and a weapon. They were required to complete certain tasks given to them at different stations, all under a time limit.

“The Spur Ride provides an opportunity for young and old, new and new-to-us troopers to test their skills, to prove their commitment to being the best the cavalry has to offer,” said Master Sgt. Timothy McKnight, senior operations noncommissioned officer for the 2-108th. “They gain a more solid grasp of their scout competencies and prove their tactical knowledge. It is an opportunity to prove to themselves, and the team, that they are ready for whatever missions the unit receives.”

Soldiers were challenged at 10 stations on the history of the cavalry, reassembling and performing functions checks on various weapons, evaluating and treating a simulated casualty under stress, deploying a hand grenade and more. The test was designed by the Spur Council, consisting of senior spur holders and members of the previous spur class.

“We protect our history and ensure the next generation of leaders has a team worth having. The legacy of this Squadron grows with each set of spurs earned, with every Stetson worn, and with the sense of pride our troopers carry with them about being a cavalryman. Ultimately, it is about esprit de corps,” said McKnight.