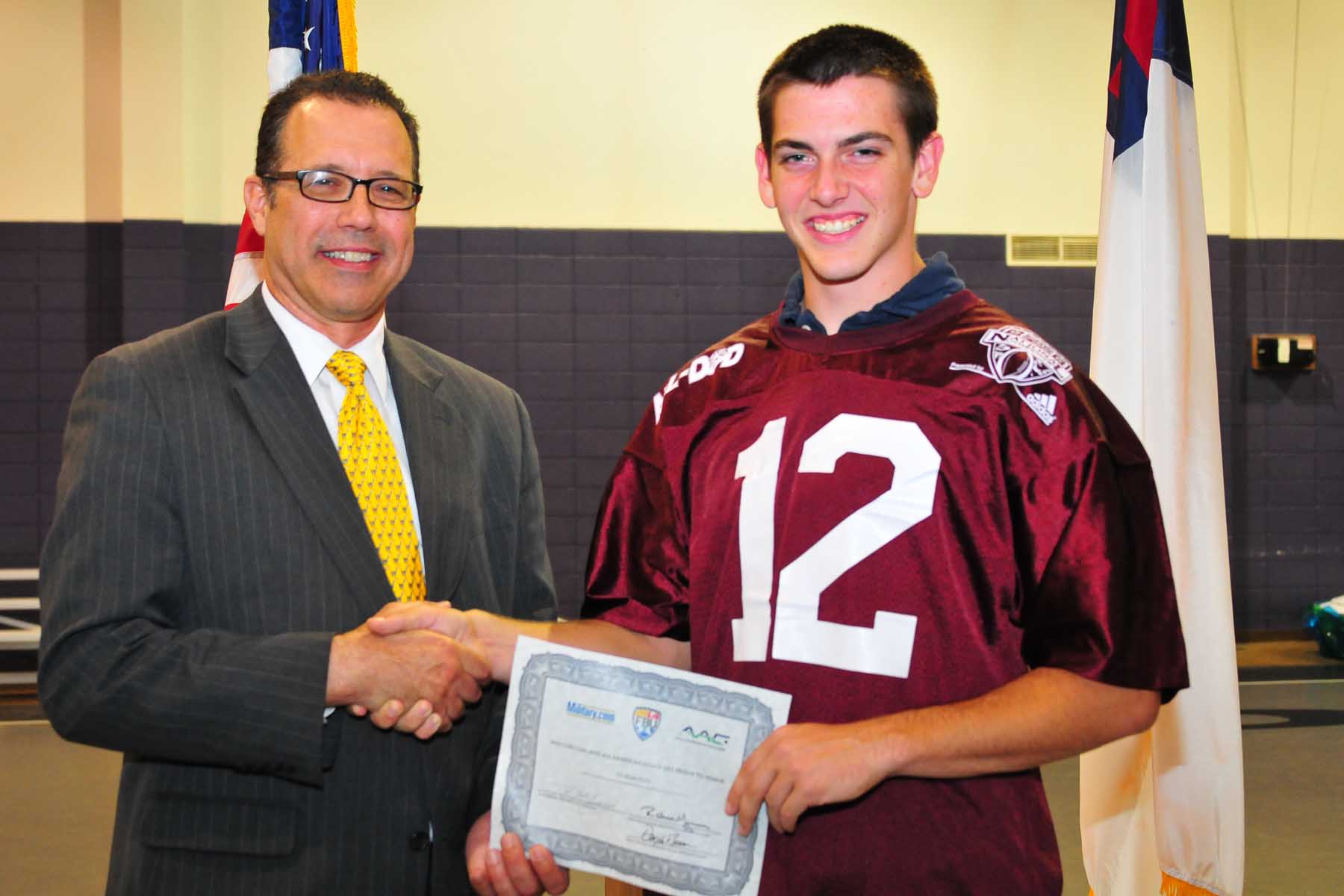 Kelly is the son of Louisiana National Guardsman Lt. Col. Marc Kelly, who is the business manager of the Guard’s Construction Facility Management Office in Pineville.

Graham is one of only 24 students to be named to the team. The program is designed to honor premier high school football players around the world who are dependents of personnel currently serving in the military.

Fittingly, April was designated by the Department of Defense in 1986 as the Month of the Military Child. This special celebration is a legacy of former Defense Secretary Caspar Weinberger and was established to underscore the important role children play in the Armed Forces community and to recognize and applaud families and their children for the daily sacrifices for they make in supporting America’s military.

Military.com and All American Games honored Kelly at a ceremony at CCA where he was presented with a certificate and jersey by Randy Plunkett, director of community and government outreach.

“You are a role model, you are a leader, and you are a blessing,” Plunkett told Kelly and CCA students.

Marc deployed with the 256th Infantry Brigade Combat Team in 2010 and said he would get up at 3 a.m. to call on Skype and listen to the football games over the phone. This year, he was able to watch his son play and see the fruition of his hard work.

“To see the transformation and to watch was amazing. It was pretty incredible,” said Marc.

Graham, who plays both offense and defense for the Lions, racked up 3,599 yards and 41 touchdowns this year.

Angela Ott, Louisiana National Guard Child and Youth Program coordinator, has been traveling around the state this month promoting Month of the Military Child and the LANG’s youth program.

She said that the program’s mission is to “provide our Guard children, youth and families the support they need, when they need it and to provide access to resources specifically geared to help our children and youth meet the needs and challenges of Guard life.”

To find out more about programs for LANG youth visit https://www.facebook.com/LANGCYP or http://geauxguard.com/resources/child-and-youth-program/.