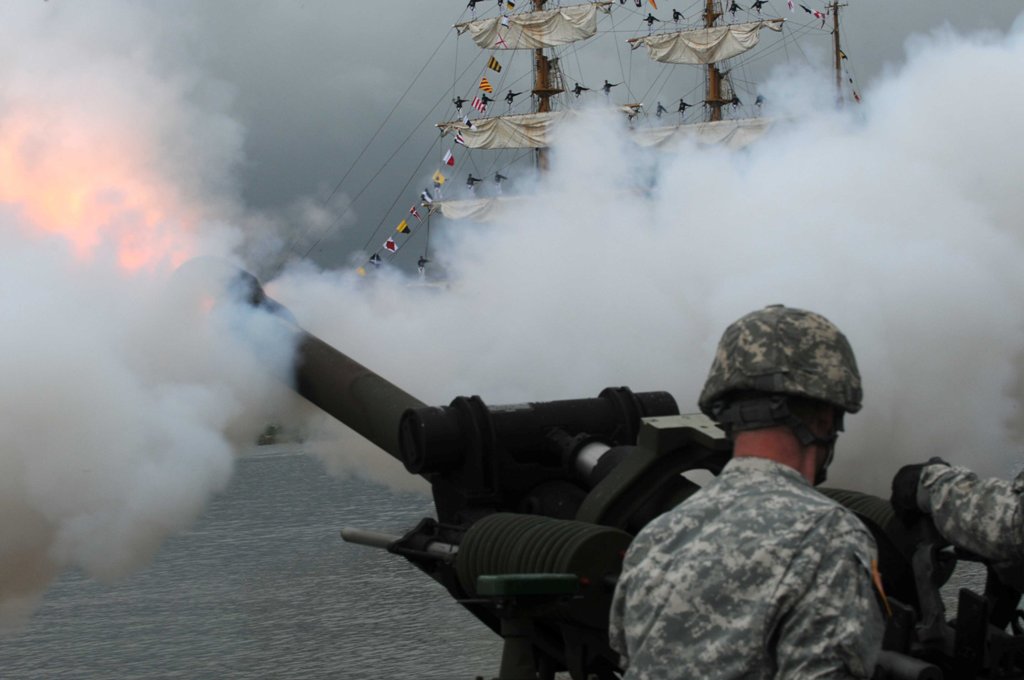 The week commemorates the bicentennial of the War of 1812 and also promotes the sea services: the Navy, Marine Corps and Coast Guard.

“Events like this are what make military life great,” said Navy Lt. Cmdr. Mike Billips, public affairs officer working with the celebration. “The great thing about today’s modern military is that we’re joint in our activities, and we can come together as one team.”

Being the only artillery unit in the state, the historic Washington Artillery has extensive experience in rendering military salutes by cannon fire. The 1-141st has participated in numerous ceremonies, military functions and high profile events.

“When we’re really busy we probably fire at one or two events a month,” said Sgt. 1st Class Louis Faust, platoon sergeant in the 1-141st. “We’ve done a lot of things in the city of New Orleans and have a very deep history here.”