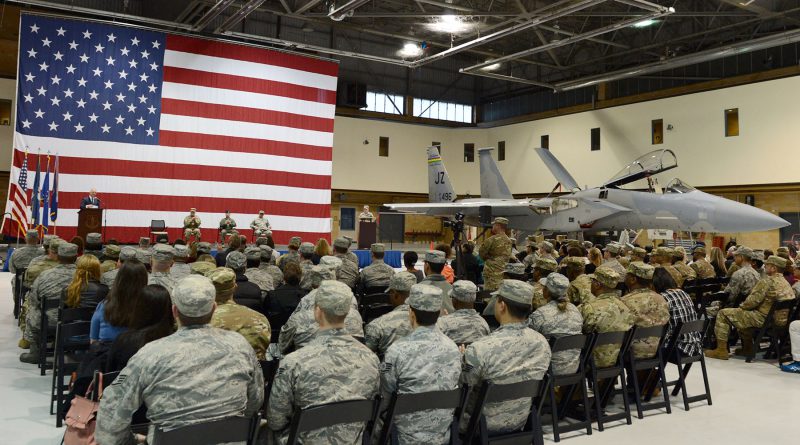 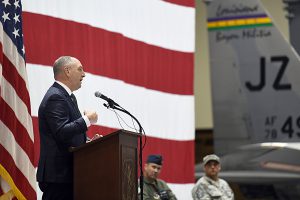 Belle Chasse, were honored before friends and family members during a ceremony, Dec. 19.

Louisiana Governor John Bel Edwards, guest speaker for the ceremony, expressed the importance of the job that Louisiana Air National Guard Airmen perform for the state.

“I know that there is no calling more noble than the one you have signed up for … the protection of life, liberty and service of one’s country,” said Edwards. “As governor of this great state, as a fellow Louisianan, I couldn’t be more confident that you’re going to execute this mission as the professionals that you are, and everything that you do is going to be a complete success.”

“I can’t thank the Louisiana Air National Guard enough for the support and protection they provide us here in Louisiana,” said Edwards.

Maj. Gen. Glenn H. Curtis, adjutant general of the LANG, addressed Airmen and their families during the ceremony. 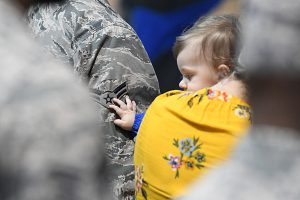 “To the Airman that are deploying, you know how I feel about you. I tell you all the time, you are my favorite American because you serve, you answered the call,” said Curtis. “Anytime you’re asked to perform whether overseas or here in the State of Louisiana for a disaster, you always do great work and do it with great passion. My hats off to you, and I thank you for that service.”

For some families, the Louisiana Air Guard runs in their blood over several generations. Capt. Milton Ramirez, 159th [aircraft] sortie generation officer and his daughter, Senior Airmen Luisa Ramirez, 159th administration journeyman are both deploying, but to different locations.

“It’s a mixed bag of emotions, one as an air force officer and one as a father. I’m very proud that Luisa took the oath and enlisted,” said Capt. Ramirez. “Deploying together is certainly a 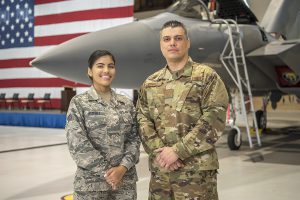 significant milestone that will create an even stronger father-daughter bond.

“Obviously, there is still some concern for her. No matter what, she is still my baby girl, and I want to make sure that she is always safe, but I am just profoundly proud of what she’s been able to accomplish, and I know that she’s going to come back from this deployment a better Airman,” said Capt. Ramirez.

The bulk of the deploying Guardsmen will be from the Security Forces and Civil Engineering Squadrons, but Airmen from other 159th groups, such as, Maintenance, Operations and Medical will be deploying as well. Most of the Airmen will deploy in 180-day rotations with approximately 15 going for an extended 213-day tour of duty.

Domestically, the 159th is vital in state disaster relief missions. The 159th responded during Hurricanes Katrina, Rita, Ike, Gustav and Isaac, as well as the Deepwater Horizon Oil Spill in 2010. Most recently, the 159th was activated to provide support for military units, law enforcement, volunteer search and rescue teams and other first responders during the flood evacuation efforts in the wake of Hurricane Harvey in Vidor, Texas, Sept. 1, 2017.

To date, the Louisiana National Guard has supported more than 18,300 individual deployments since Sept. 11, 2001.