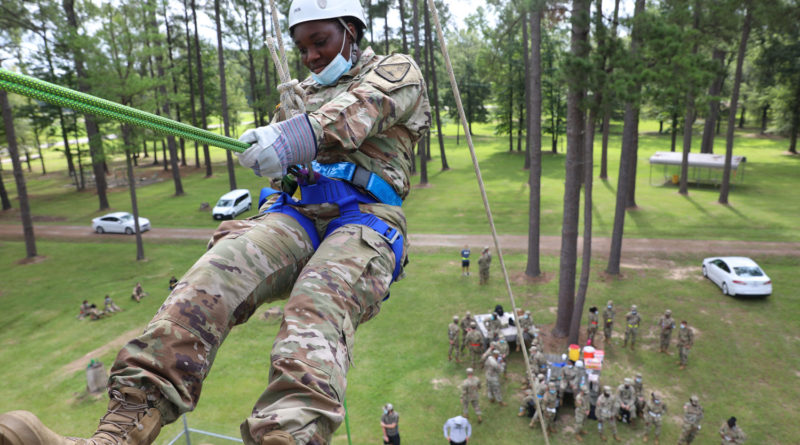 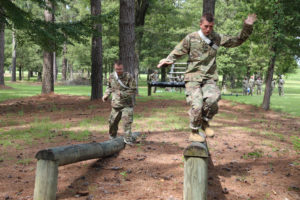 “This helps to prepare them for what they will experience during the first three weeks of basic training,” said Maj. John A. Carmouche, Jr., A Company Commander. “We get them uniforms, and we teach them customs and courtesies. This program is very impactful for these young adults as they transition into military life.” 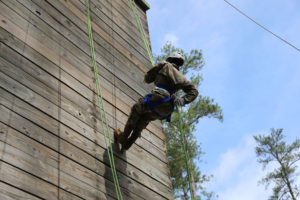 into their respective military careers.

“Most of these recruits have not been to basic training,” said Staff Sgt. Roy Barker, one of the cadre at RSP. “We have recruits at their first drill and some at their third drill. Some have gone to basic training and are awaiting AIT. One of the biggest joys is seeing them enlist. I tell them they just did something that ninety-nine percent of the population cannot or will not do.”

In spite of the heat, the participating recruits approached the training in an enthusiastic manner. 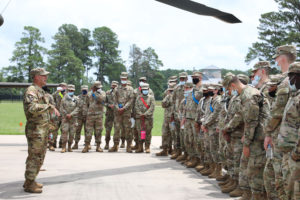 “I have learned that I need to be quick on my feet doing a lot of things … I don’t have time to pause and second guess myself,” said Private 1st. Class Shanique Taylor, a recruit from Bossier City. “I should know what to do and when to do it. I like the fact that we do things before we leave for Basic Training, so that way I’m not lost on what I’ll be doing.”

RSP high impact events are conducted on a biannual basis.