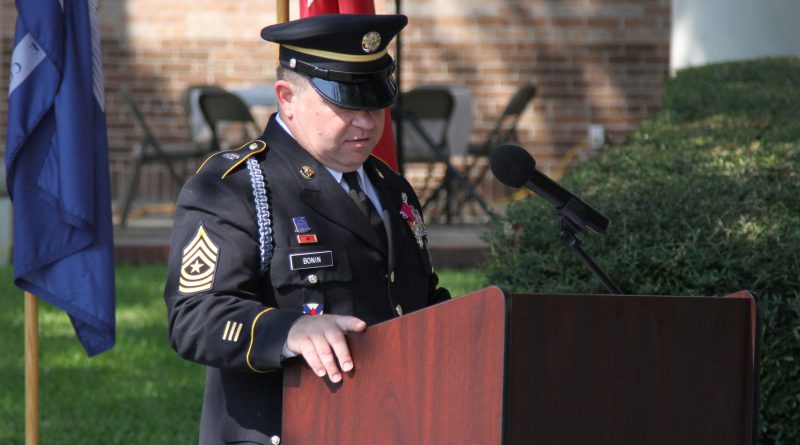 His family, friends and peers flooded the grounds in front of Fleming Hall to commemorate the culmination of his 29 years of service. “As some parting advice, I ask you to stay as long as you can,” said Bonin. “Louisiana has some of the best Soldiers, noncommissioned officers and leadership that I’ve seen anywhere.”

Bonin enlisted in the LANG in 1990 as an infantryman. Throughout his career, he served in several key leadership positions, including operations sergeant major, assistant operations and plans noncommissioned officer, administrative specialist and plans NCO for the 2nd Armored Division Rear Tactical Operation Center and, most recently as the senior enlisted advisor of operations, training and planning for the LANG. He mobilized with the 256th Infantry Brigade Combat Team in support of Operation Iraqi Freedom in 2004 and 2010.

“He has had a tremendous impact on the organization. It is our honor to recognize one of the best of the best,” said Brig. Gen. D. Keith Waddell, assistant adjutant general of the LANG. “He was the [256th] brigade sergeant major for nine years. As most of you know, the pace there never slows down and to stay in that position with that tempo for that long is incredible. His impact across all ranks could be felt each and every day”