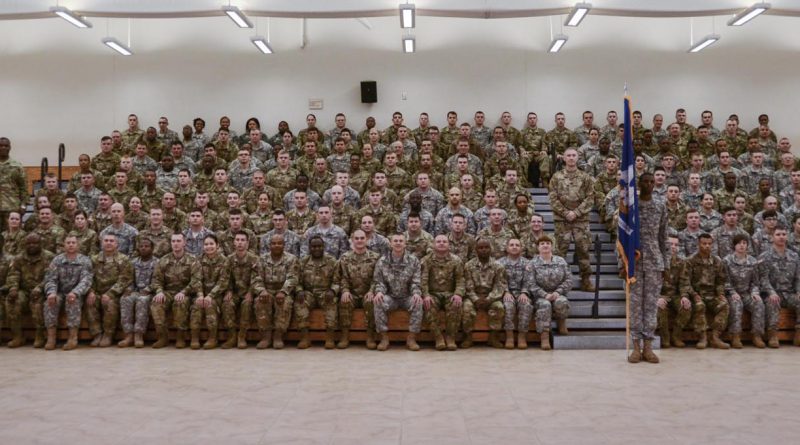 The 773rd will conduct security operations along the mile and a half inauguration parade route.

This is the first time the battalion will support any presidential inauguration. Soldiers from the 773rd will work with National Guards from South Dakota and Kansas to ensure the safe and secure transition of executive power.

“It’s an honor and a privilege to be selected to perform this mission on the world stage for the biggest event in the country—the presidential inauguration,” said Lt. Col. Richard Douget, commander of the 773rd. “It’s a great thing that we get to experience [the inauguration] and bring the experience with us throughout our careers. It’s something we can look back on and build off of.”

In total, more than 7,500 National Guard Soldiers and Airmen, from 44 states, three territories and the District of Columbia will make up JTF – DC in response to requests for assistance from local and federal agencies in the National Capital Region. As a whole, National Guard Soldiers and Airmen will augment the U.S. Secret Service, U.S. Capitol Police and D.C. Metropolitan Police with support for traffic control, crowd management, logistics and communication.

“It means quite a bit to me, and it’s a once in a lifetime opportunity to defend the president in any way, shape or form,” said Spc. Trevor Radley, a Walker native with the 239th MP National Guard support to presidential inaugurations dates back to April 30, 1789, when local militia members (today’s National Guard) joined the U.S. Army and revolutionary war veterans to form an honor detail and escort Gen. George Washington to his inauguration ceremony in New York City from Mount Vernon, Virginia. Over the years, National Guard involvement has grown and is designated to honor the commander-in-chief, recognize civilian control of the military and celebrate democracy.