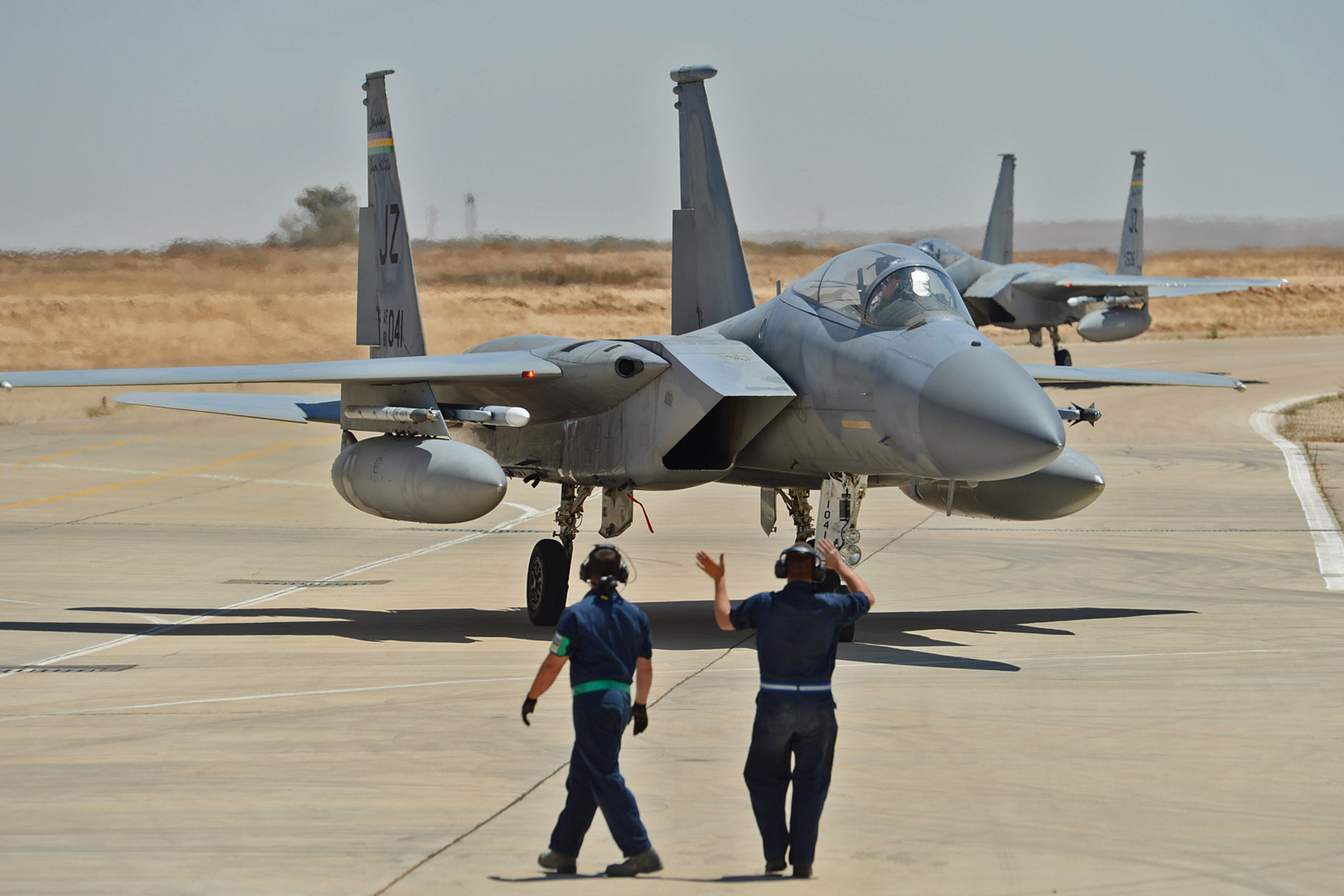 NEVATIM, Israel – The Louisiana Air National Guard’s 159th Fighter Wing represented U.S. Air Forces in Europe by flying their F-15 fighter jets during an exercise designed to improve the interoperability and cooperation between the U.S. and Israeli Air Forces at Nevatim Air Base in southern Israel, July 21 – Aug. 1.

Juniper Stallion 2013, not related to any current real-world events, is a combined, bilateral F-15/F-16 air-to-air training exercise between the U.S. European Command and the Israel Defense Force.

“This exercise helps with mission planning and [we] train together much like we would in a real world environment,” said Lt. Col. Anthony Di Carlo, 159th FW Operations Group commander. “When you learn how allies contribute to the effort, you then realize we don’t have to go into the fight alone.”

More than 250 Louisiana Airmen participated this year. This is the second time LANG has trained with Israel – the first training event was in 2009 with 200 Airmen.

The La. Air Guard brought 10 F-15C and D models to Israel for the training exercise, which required 20 crew chiefs to prepare the jets for flight and to do post flight inspections and maintenance on them upon their return.

Other areas that support the aircraft are the engine shop, weapons, munitions, supply and force support squadron.

“What’s really interesting to watch is how both sides are taking what we’re learning everyday and building on it the next day,” says Lt. Col. Jim Worley, 122nd Fighter Squadron commander. “What we are both learning is that our way is not the only way, it expands our horizons, and makes us hopefully look at problems in a different way.”

The U.S. European Command and the Israel Defense Forces expressed satisfaction with the exercises, viewing it as an opportunity to expand on an already strong military relationship that has spanned decades.

“The United States is a strategic partner, and cooperation is important for the country and the army,” stressed Brig. Gen. Lihu Hacohen, commander of the Nevatim Base, where the mission was held. “It begins at the highest stage of cooperation between the armies, and reaches the lowest level of communication between planes in the air.”

The goal is to work as a team with the Israeli F-15 and F-16s to ensure the protection of the air space.

“We fly the same aircraft, so it is important for us to understand how to work together in a training environment,” said the commander of the Israel Air Force’s 122nd Squadron. “Communication and coordination between both forces has progressed very well and we have a common bond with our mission.” [For security purposes, the name of the Israeli commander is withheld.]

While building a stronger partnership with Israel in the air and on the ground, Airmen were able to learn about the culture of Israel during their down time by visiting some of its historic sites and interacting with the people.

“Israel was an amazing place to visit, being able to go back to where it all basically started,” said Master Sgt. Leanne Guidry, intel technician, 159th Operations Support Flight. “I was impressed with the country and its people.”

Some of the historical sites that Airmen visited were the old city of Jerusalem, Masada and the city of Nazareth.