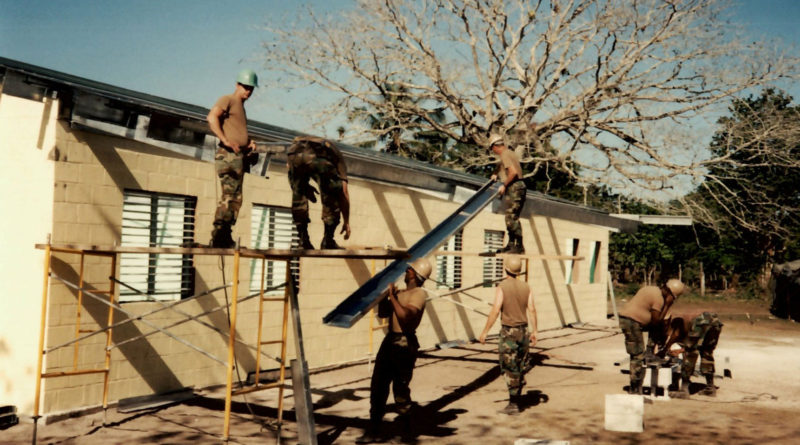 NEW ORLEANS – The Louisiana National Guard and the Belize Defence Force mark the 25th anniversary of their State Partnership Program (SPP), April 23, 2021. The program links a unique component of the Department of Defense – a state’s National Guard – with the armed forces or equivalent of a partner country in a cooperative and mutually beneficial relationship. 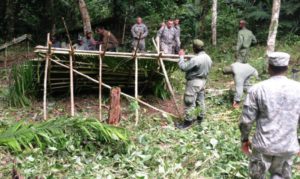 The purpose of the SPP is to foster mutual interests and establish habitual long-term relationships across all levels of society. The program encourages the development of economic, political and military ties between the states and partner nations.

Brig. Gen. D. Keith Waddell, adjutant general of the LANG, first came to Belize as a young engineer Soldier more than twenty-five years ago to help build schools. He says it’s a profound honor to see how the relationship between Louisiana and Belize has grown over the last quarter century.

“What an historic road our militaries and people have walked together since April 23, 1996! Through hurricanes, floods, exercises and more, we have stood shoulder to shoulder,” said Waddell.

The partnership between Louisiana and Belize was established in 1996, and the two countries have since participated in 270 events.

In 1996, the LANG helped build three schools in the communities of Biscayne, Crooked Tree and Orange Walk, Belize. In 1997, the LANG 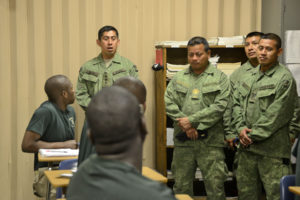 helped to construct eight schools and public buildings, as well as to improve ten miles of heavily traveled roads. In 2000, the LANG completed several projects, including the building of six schools. In 2007, the LANG, along with military members from eleven different states and members of the BDF, worked together to build schools capable of withstanding hurricane-force winds. From 2010-2011, the LANG joined the BDF in Haiti during the earthquake recovery effort.

Belize Defence Force Commander, Brig. Gen. Steven Ortega, said the relationship between Belize and Louisiana has been a fruitful one.

“It’s an honor and a privilege to be in a position of the commander of the Belize Defence Force during this celebration of our 25th anniversary between the BDF and the Louisiana Army National Guard,” said Ortega. “I know, twenty-five years ago, the formalization happened, but the seeds were sown long before.”

In 2016, the LANG trained with the Volunteer Battalion during Battle Camp which focused on the best practices in patrolling. In 2017, the LANG’s first officer completed the BDF Jungle Warfare Instructor Course. Throughout the years, the BDF sent twelve personnel to Louisiana to attend Officer Candidate School and six to attend the Non-commissioned Officer Academy. In 2019, twenty BDF soldiers attended the Department of Defense’s premier Joint Readiness Training Center (JRTC) exercise rotation with the 256th Infantry Brigade. 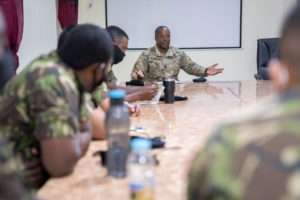 “I believe that, together, we have built this strong foundation based on shared similar struggles, cultures and values – a love of life, people and the desire to Protect What Matters,” said Waddell. “I am excited for the future and to build on this incredible friendship, which is a model for the rest of the world to follow!”

Most recently, a visit between the Belize Youth Challenge Program (YCP) and the Louisiana YCP shared information about the challenges faced and solutions to operating under the current COVID restrictions. The YCP is an alternative education, which offers at-risk youth an opportunity to change their future outside of a traditional school setting.

The SPP partners states and countries together to develop military-to-military and inter-agency operations. There are 76 countries across the globe partnered with 70 unique security partnerships.