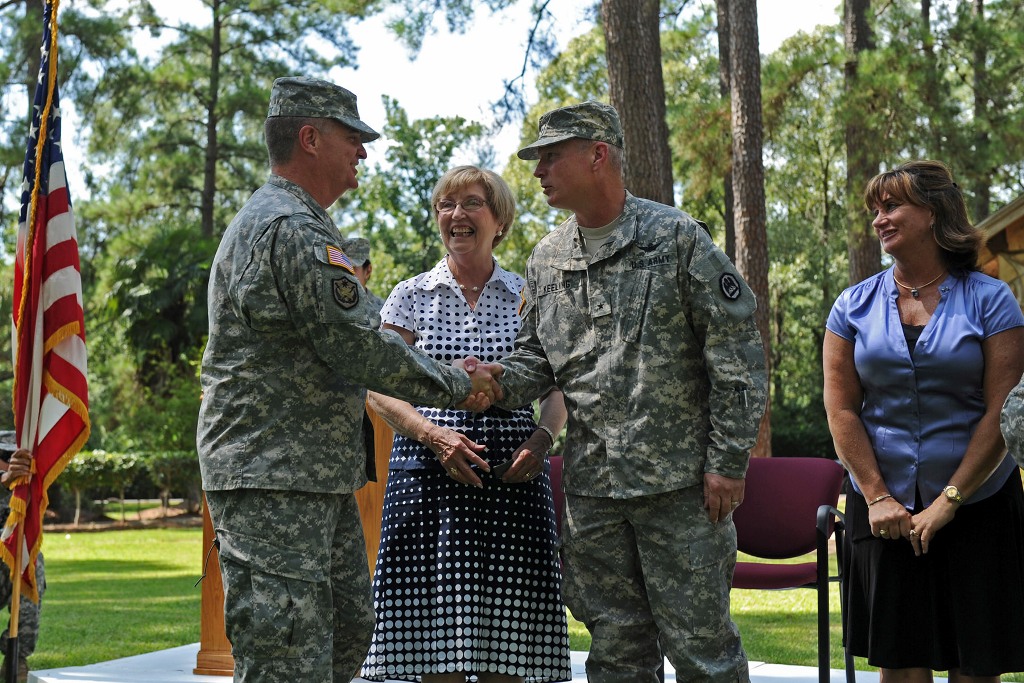 Director of the Joint Staff earns star during hurricane ops

In addressing the crowd, Maj. Gen. Glenn H Curtis, the adjutant general of the LANG, noted Keeling’s dedication to duty. “In this response effort, he has been rock solid, as always.  He is loyal, and he is relentless in getting the job done,” said Curtis.

Speaking on the timing of his promotion, Keeling says, “I cannot think of a better time and place to have this ceremony. We set the example for all the other state agencies with the Soldiers and Airmen of the Louisiana National Guard.”

Keeling, now serving as the director of the joint staff for the LANG, began his military career in the Marine Corps in 1982 and joined the LANG in 1990. During his military aviation career he has accumulated over 6,000 accident-free military flight hours. He has mobilized numerous times and deployed in support of Operation Desert Storm / Desert Shield, Operation Provide Comfort, Operation Enduring Freedom and Operation Iraqi Freedom.  During Hurricanes Katrina and Rita, Keeling served as Commander of Task Force Eagle and Air Boss, coordinating aviation rescue and relief efforts.

As the director of the joint staff, Keeling serves as the chief advisor and principal assistant to the adjutant general, State of Louisiana and is responsible for directing, supervising, training, and coordinating the staff and assisting in the deployment and coordination of programs, policies, and plans affecting more than 11,000 members of the LANG. He is also designated as the state’s dual status commander, responsible for commanding all military forces conducting emergency and contingency operations in Louisiana.

Keeling resides in New Orleans with his wife, Donna. They have three children: Elysha, Jacob and Creighton.
-30-