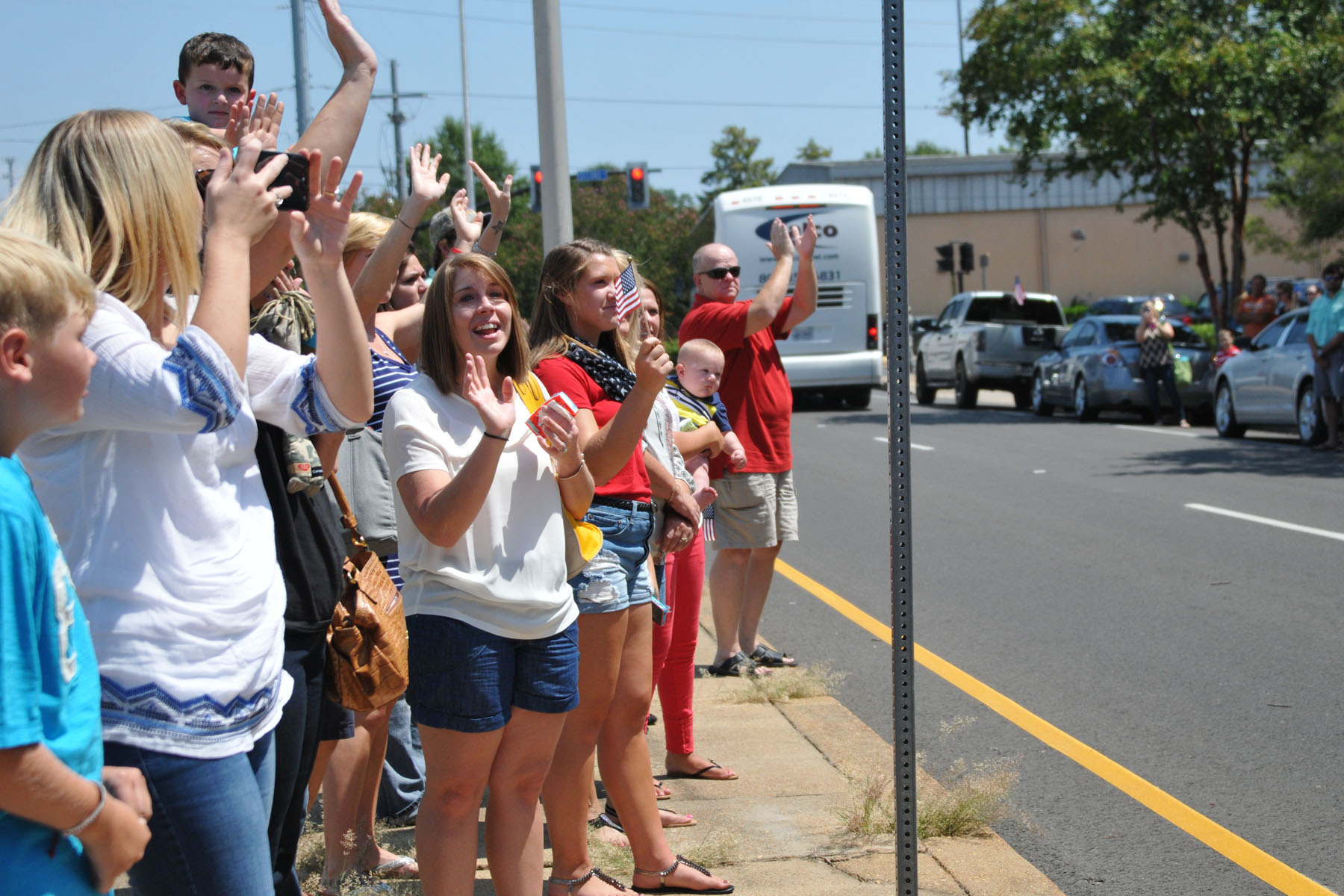 The 844th, based in Pineville, La., with two detachment locations in Ruston, La., and Monroe, La., deployed more than 160 Soldiers to Kuwait in support of Operation Enduring Freedom to conduct horizontal construction operations to help maintain and upgrade base camps and provide engineer support for all base camps throughout Kuwait.

“To the family members … thank you for allowing these fine men and women to serve our nation and state in the manner in which they do,” said Maj. Gen. Glenn H. Curtis, adjutant general of the LANG. “To me, the most important ingredient of our men and women in uniform is our families and the family support they receive.

“I’d like to thank each of you men and women in uniform for answering [the nation’s] call and for being that one percent of Americans that are willing to do that,” Curtis told the Soldiers.

Commanded by Cpt. Robert Parker, the unit will conduct mobilization training at Fort Bliss, Texas, before deploying overseas during the 365-day deployment.

“The challenges we face are just that, they are opportunities to excel. It’s what we make of them,” said Parker. “So I challenge you family members and fellow Soldiers, to join with me in the mission that has been given to the 844th Engineer family as an opportunity to excel.”

This unit has participated in the state response and recovery operations of Hurricanes Katrina, Rita, Gustav, Ike and Isaac, as well as the Deepwater Horizon oil spill and flood operations in 2011.