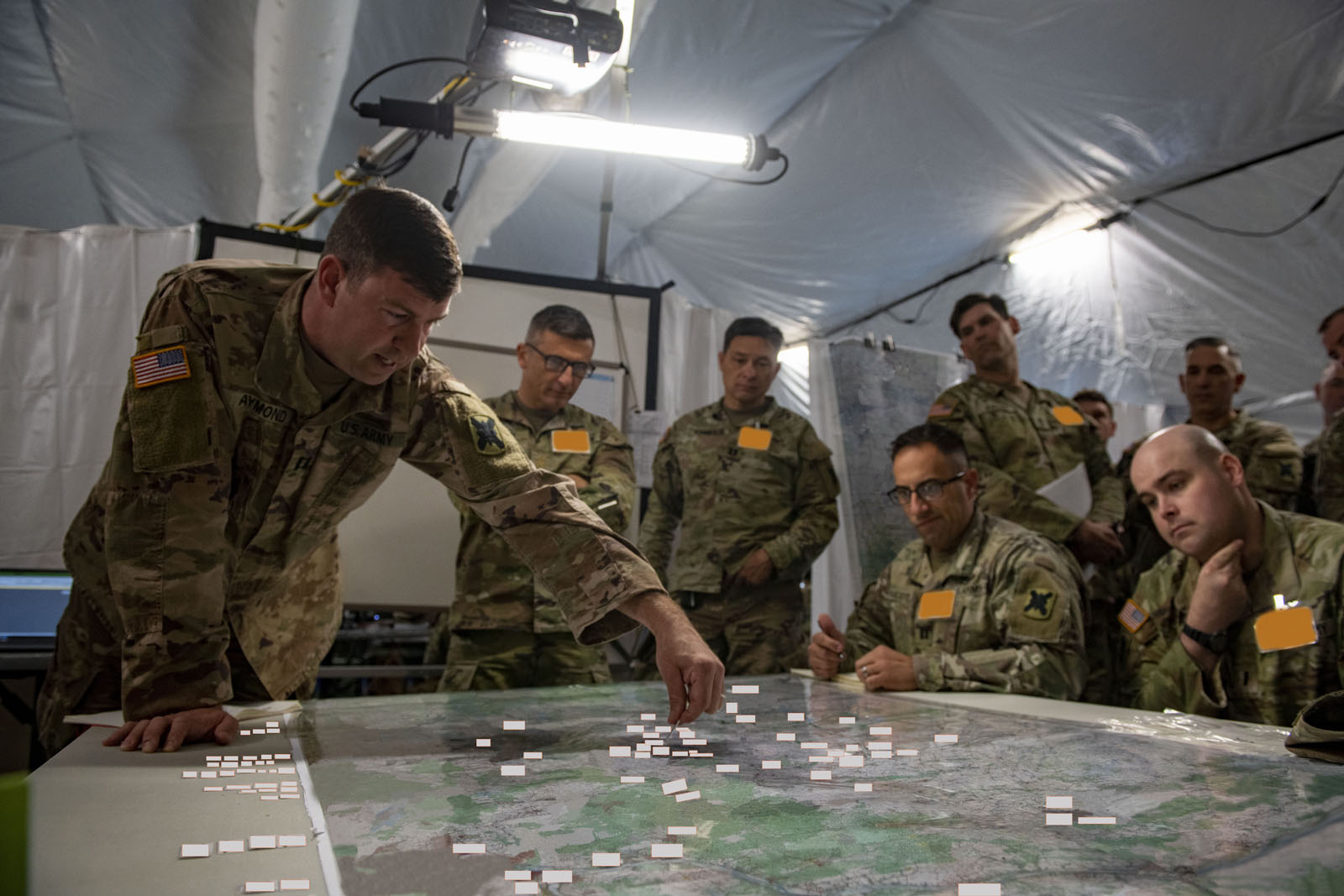 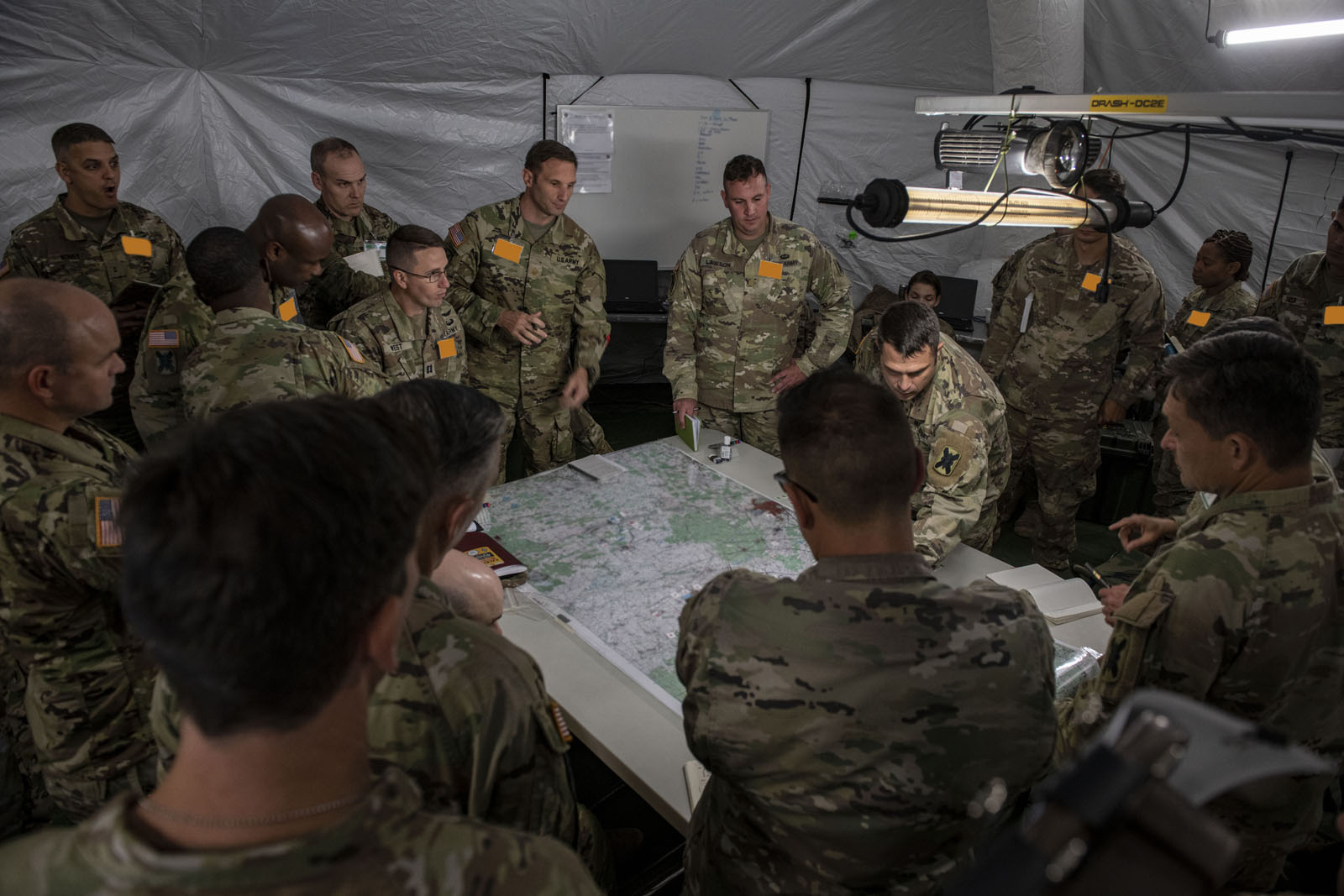 Warfighter exercises are designed to test division level elements who are spread out across the United States and form them into a team capable of working and deploying together. They provide virtual battlefield scenarios that test a unit’s ability to coordinate and communicate in functional skill areas such as command and control, movement and maneuver, intelligence, targeting processes, sustainment and protection.

“These exercises bring units together from all over the states and provide an opportunity to work and train together,” said Sgt. Maj. Clinton Ainsworth, the brigade operations sergeant major. “By training together, it builds a team that is better equipped to work together once downrange.” 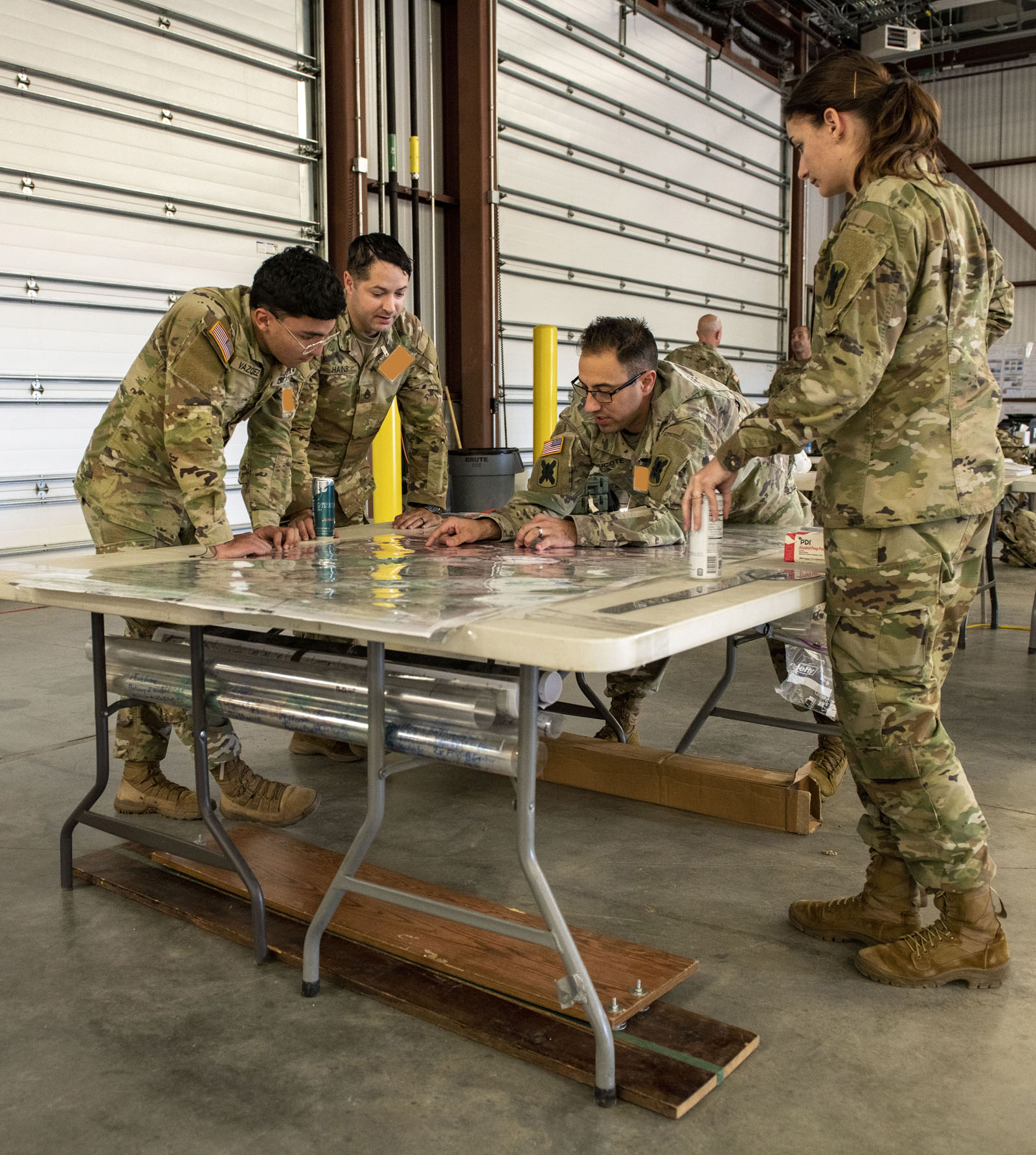 “This exercise provided our staff the opportunity to familiarize and grow in their warfighting roles by operating in a simulated large-scale combat operation,” said Lt. Col. Nick Acosta, 256th IBCT executive officer. “This environment allows the staff to work together and fine-tune the brigade’s standard operating procedures for each warfighting function.”

“These battle drills and briefings provide us with an excellent opportunity to use our training and improve our capabilities,” said Ainsworth. “The brigade becomes successful at these exercises by striving to improve our skills, processes and communication while building a more cohesive team.”

The last three years have been busy for the 256th. They responded to COVID-19 relief efforts throughout the state, multiple hurricanes, an ice storm, an overseas deployment in support of Operations Inherent Resolve and Spartan Shield and a rotation in support of the Southwest Border Mission in Texas. Upon their return home last October, the 256th started to prepare for the warfighter exercise.

“We have the most dedicated Soldiers in the Louisiana National Guard, and they give constantly of themselves to meet the needs of the mission,” said Acosta. “No matter the mission, the 256th is prepared to respond.”