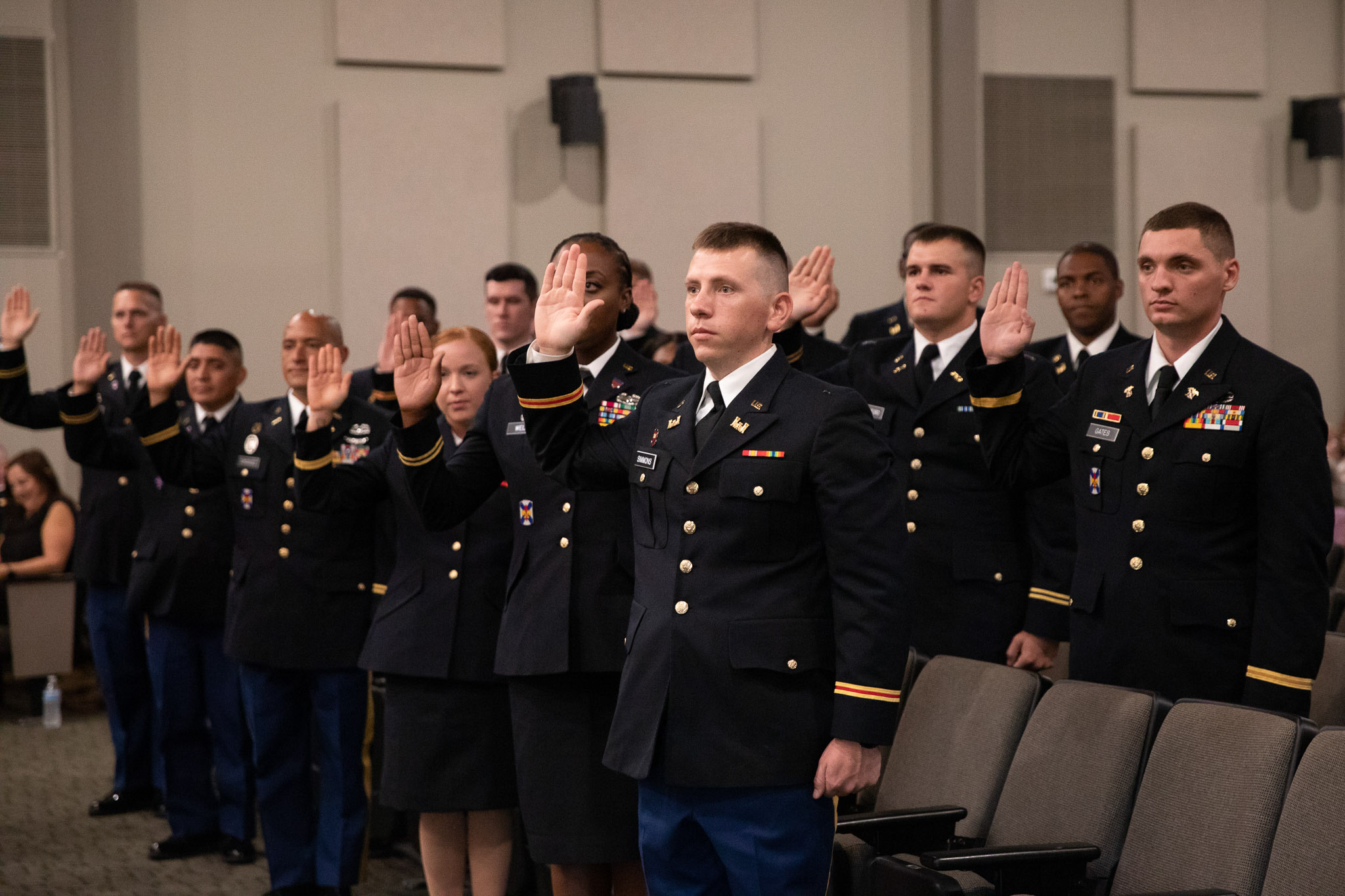 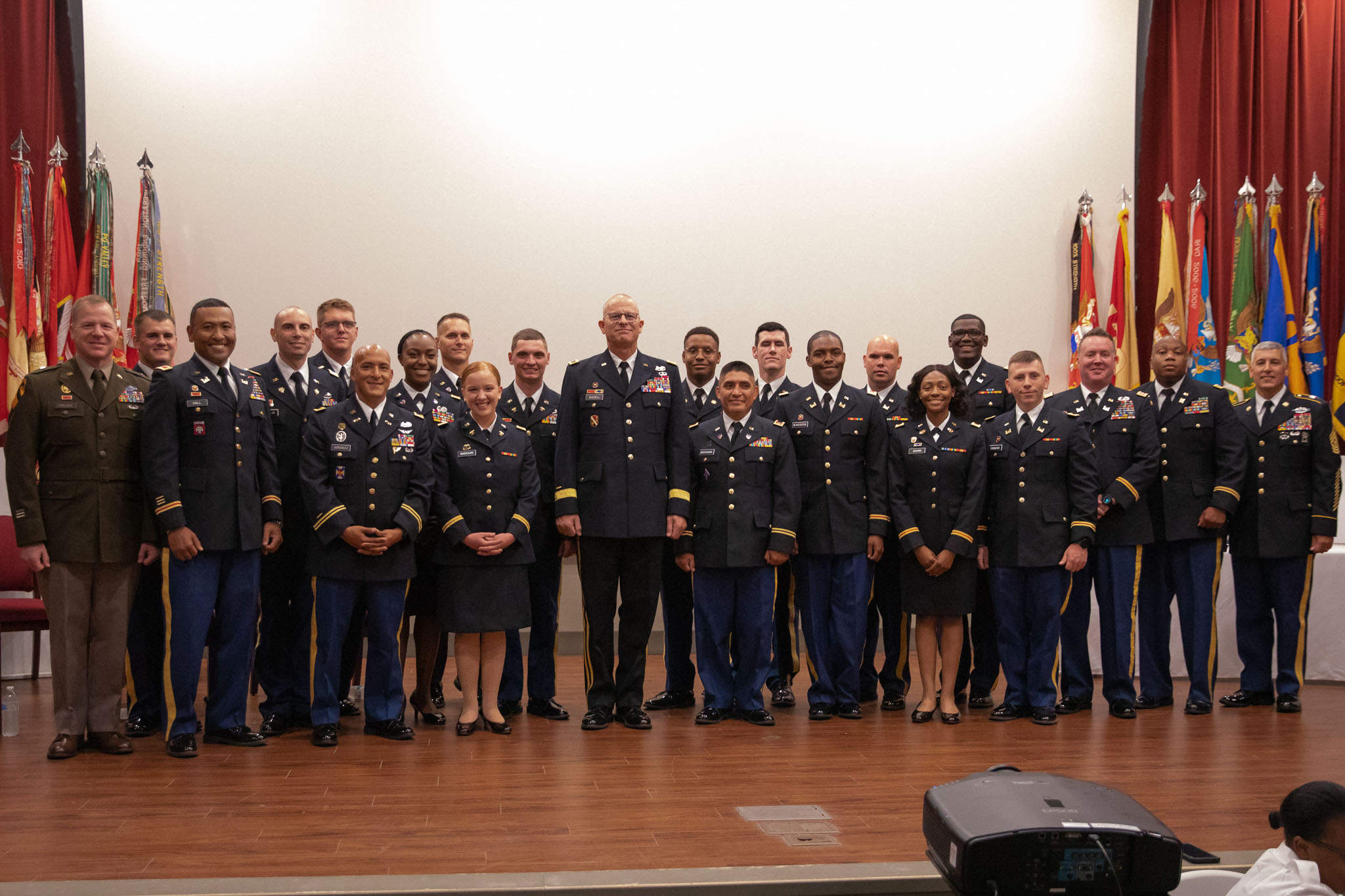 “Congratulations, I am very proud of each and every one of you, and I know I speak on behalf of our entire organization and everyone in the audience today when I say that we are proud of you,” said Maj. Gen. Keith Waddell, adjutant general of the LANG. “I know you have a bright future ahead of you, and I look forward to seeing the impact you will have on this organization for many years to come.”

OCS is an Army school geared to train soldiers to become officers. It is a rigorous course that prepares officer candidates to lead soldiers.

“It is a life-changing program as far as your military career goes; it’s probably one of the toughest ways to commission,” said Lt. Col. Brent Lewis, the 199th Battalion commander. “The course prepares you to be a platoon leader and helps build upon your strengths and weaknesses.” 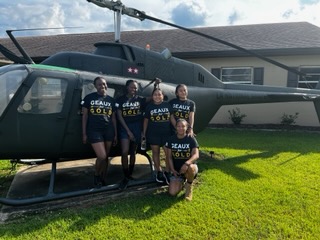 In addition to the 16 OCS graduates, five female soldiers from the Belize Defence Force also completed the course. Since 2007, 24 BDF have completed military professional development courses under the 199th. The LANG and BDF are partners through the State Partnership Program, a National Guard Bureau administered program that conducts military-to-military engagements in support of defense security goals that also leverages whole-of-society relationships.

Loved ones pinned the new officers’ ranks on their 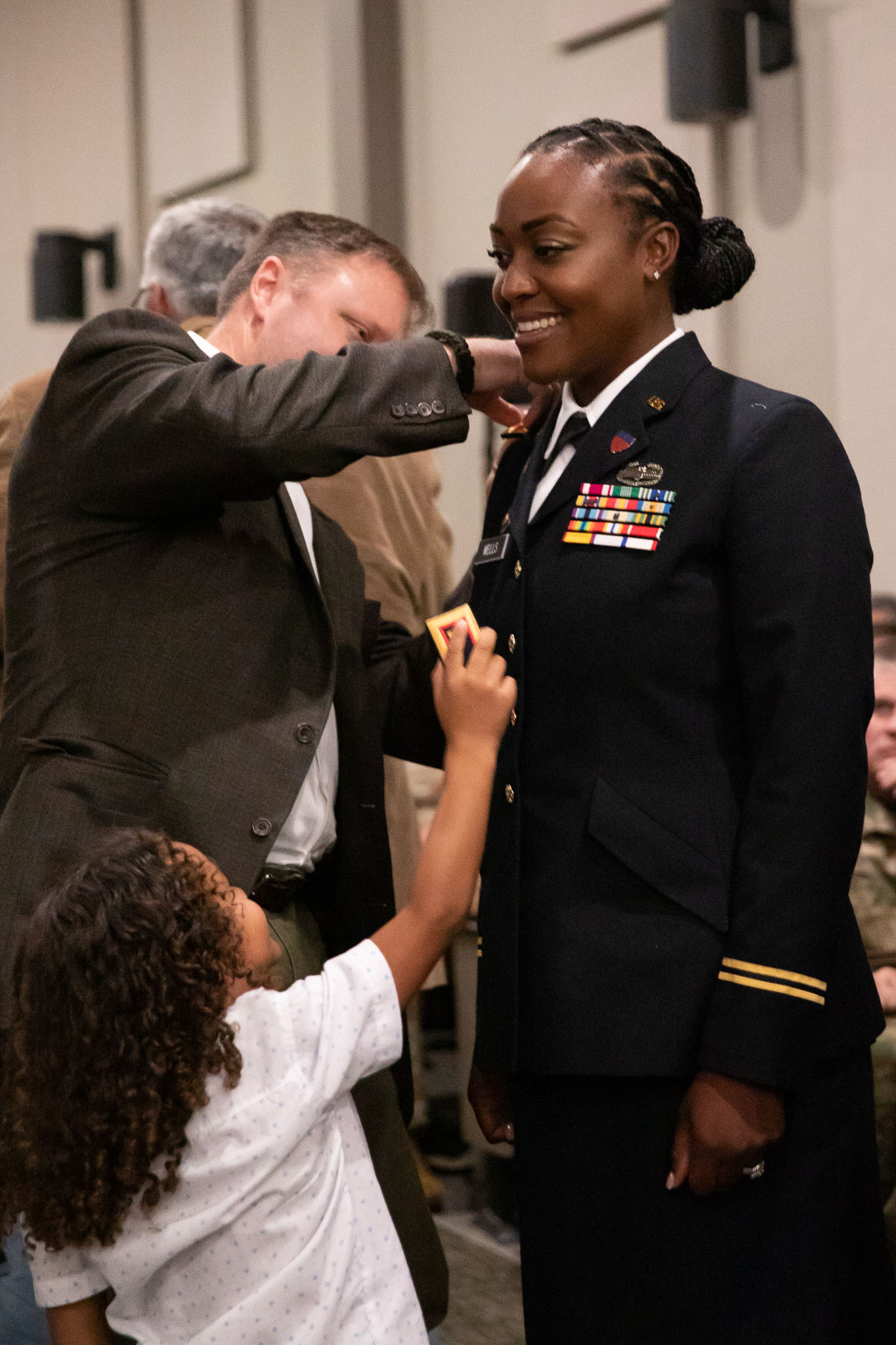 shoulders during the ceremony.

“The most rewarding part of OCS has been pinning on my second lieutenant,” said 2nd Lt. Mitchell Maston. “Watching how proud my family is of me today was really rewarding.”

Officer candidates who distinguished themselves were presented awards for accomplishments in physical training, leadership and academics.

The National Guard Association of Louisiana Award was presented to 2nd Lt. Andy Gonzalez for having the highest physical training score based on the army physical fitness test during the OCS program.

The Academic Award was presented to 2nd Lt. Abigail Margovio for having the highest academic average as determined by their examination scores.

The mission of Louisiana’s Officer Candidate School is to train, mentor and commission the future leaders of the Louisiana Army National Guard.