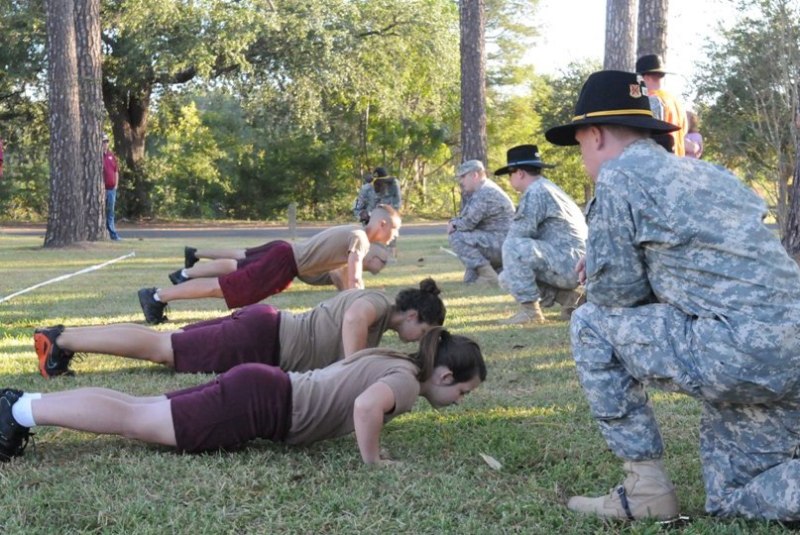 “The 2-108th Cavalry brings visibility to the public of the service of the National Guard’s citizen-Soldiers,” said Meziere, an Operation Iraqi Freedom veteran.

With the squadron’s return from a year-long deployment in support of Operations Iraqi Freedom and New Dawn, the event allowed Soldiers the opportunity to once again become involved in community events.

“Our relationship with the community is priceless,” Meziere continued. “Our local residents get to see and interact with LANG Cavalrymen who have served overseas in various theaters of operation and learn about the opportunities that service provides.”

With the competition providing the opportunity for current Soldiers to interact with future Soldiers, the Troopers of the 2-108th embraced the opportunity to demonstrate their pride in service to their country.

“Whether we realize it or not, we set an example that is even more important to these young cadets who may be considering some sort of future involvement in the military,” stressed Staff Sgt. Reagan Wilkerson of Natchitoches, a two-time OIF veteran and Bronze Star Medal recipient. “Events like the Spur Challenge give Soldiers a chance to shine and make a good impression with our professionalism and the attention to detail required in judging many of the challenge’s competitions.”
The JROTC is a federal program sponsored by the various branches of the U.S. Armed Forces in high schools across the country. The program was originally created as part of the National Defense Act of 1916 and later expanded under the 1964 ROTC Vitalization Act.

The 2-108th consists of the Headquarters and Headquarters Troop, B Troop, and D Company, 199th Brigade Support Battalion, located in Shreveport; C Troop in Coushatta, La.; and A Troop located in Natchitoches.