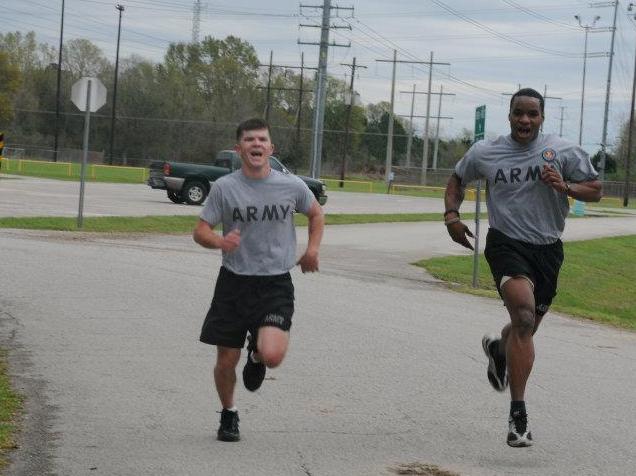 Winners to compete next at state level

Each battalion chose an enlisted Soldier and a non-commissioned officer through battalion level competitions.

In addition to physical fitness and Warrior training tasks, the competitors went before a board of evaluators where they were judged on appearance and proper wear of the Army Service Uniform, the ability to communicate, and intelligence of various Army topics.

When asked about Galbert’s motivation to compete, he said, “I encourage Soldiers to live life one day at a time, and give everything your all at all times.”

Later this month, Martin and Galbert will represent the 256th IBCT at the state level, competing against top Soldiers from other units of the Louisiana Army National Guard.

After being asked about his preparation for the next competition, Martin said, “I will continue to prepare and train, just as I’ve been doing. I want to show everyone that I won’t let anything stop me from achieving what I want to do.”

Winners of the state competition will go on to compete at the regional level, and then those winners will continue on to the national competition and compete against Soldiers throughout the National Guard and the Army.