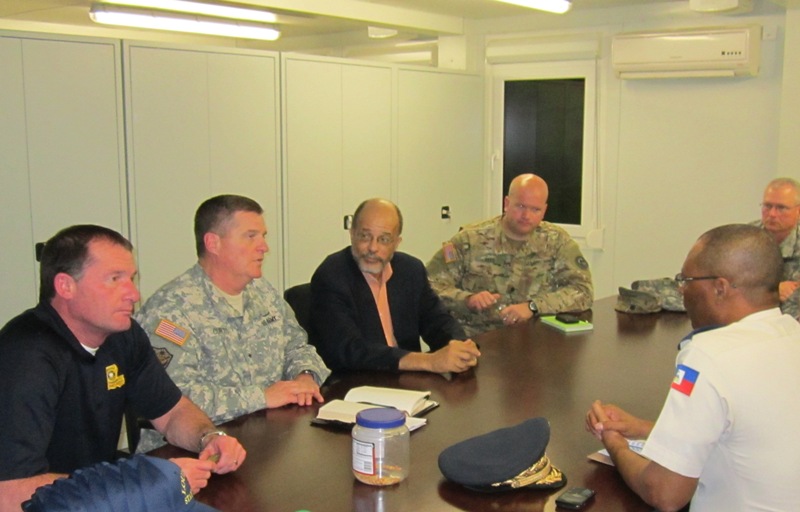 NEW ORLEANS – The Louisiana National Guard and the country of Haiti have officially announced the strengthening of ties through the State Partnership Program during a ceremony in Haiti, Jan. 18.

“Over the past two years, Louisiana has led two New Horizons missions, where our Soldiers and Airmen constructed schools and medical centers, and provided much needed medical and dental aid to Haitian communities,” said Brig. Gen. Glenn H. Curtis, adjutant general of the LANG. “We are truly committed to Haiti, and we know that we will gain as much as we give from this relationship with our Haitian colleagues.”

Haitian Secretary of State for Local Communities, Fritz Jean Louis, said, “Louisiana and Haiti have a common understanding of the challenges of our environment. Haiti will bring to bear all of its assets and capabilities to this partnership.”

The State Partnership Program exists to establish and sustain enduring relationships between the United States and its partner nations. The program currently consists of 66 partnerships between 46 states and territories and 65 nations throughout the world.