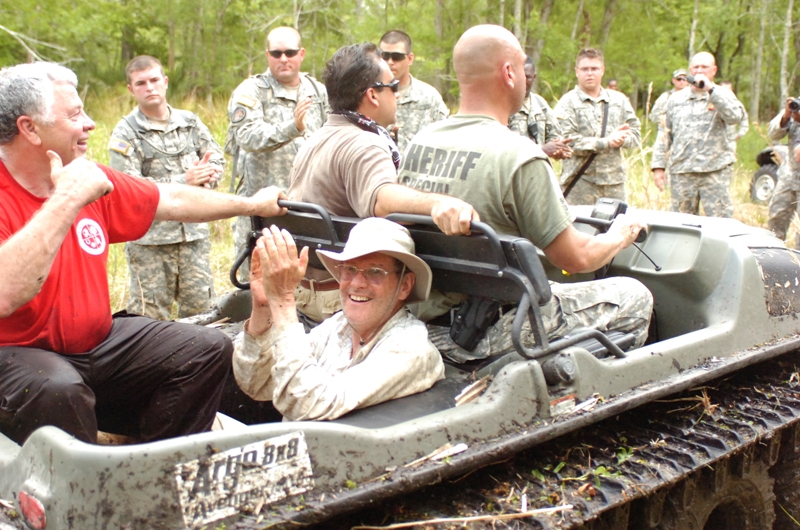 NEW ORLEANS  Approximately 40 Louisiana National Guardsmen assisting the Jefferson Parish Sheriff Office in the search and successful rescue for Dr. Francisco Piedrahita, the missing Columbian University rector, for the past two days in the Jean Lafitte National Historical Park and Preserve in Marrero.

We had four-man teams spread out about 50 meters apart, said Staff Sgt. Darren Murray, C Company, 2nd Battalion, 156th Infantry Regiment, non-commissioned officer in charge of the mission. If the Soldiers would find any items of interest, then Jefferson Parish would send in detectives to investigate.

The mission of the Jean Lafitte National Historical Park is to preserve wildlife and wetlands, but this weekend, after missing for hours, the park became a search ground for Piedrahita.

At approximately 12:30, May 25, a call came in from a Jefferson Parish Sheriffs Office Bell 407 helicopter citing a person matching the description of Piedrahita had been located.

When we got the call, they said that he seemed to be healthy, said Maj. John Demartini, 1st Battalion, 141st Field Artillery Regiment, area of operations executive officer. We all knew we had to get to him fast.

The coordinates were relayed while the Soldiers and other responders rushed towards the site.