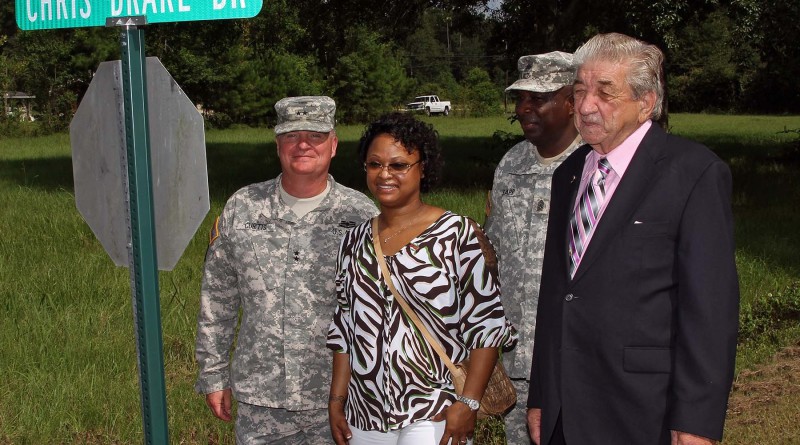 NEW ORLEANS – The village of Tickfaw named a street in honor of Spc. Christopher Drake, a 20-year-old Louisiana National Guardsman killed in Afghanistan in 2013, during a ceremony July 11.

“I thank the village of Tickfaw for honoring Spc. Chris Drake by naming a street after him,” said Maj. Gen. Glenn H. Curtis, adjutant general of the LANG. “Whether you agree with this war fight we’ve been in or not, the one thing that has never failed is the American public’s support of our service members.”

The renaming was proposed by Tickfaw Mayor Anthony Lamonte, who said, “The town wants to show its appreciation.”