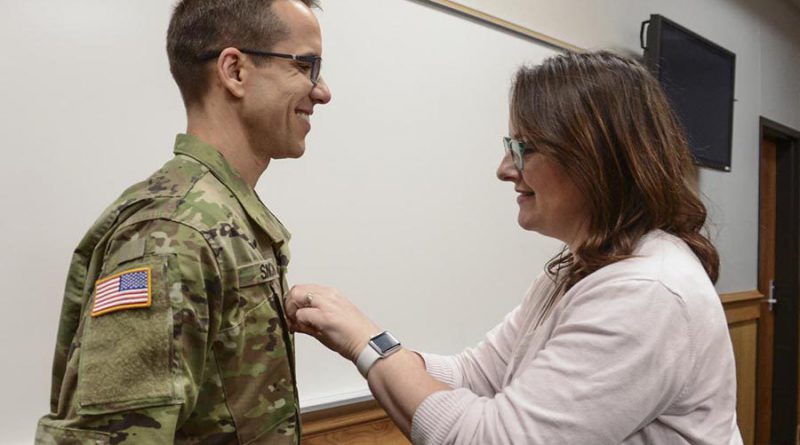 Snow served in the Air Force Reserves as a mental health technician from 2000 – 2006 at Barksdale Air Force Base, where he managed the suicide prevention program.

“I left the service because I had a baby at home and was in my final semester of a counseling program that was all inclusive for my master’s degree,” said Snow. “They were also doing away with the field I was in and I would’ve had to re-up into a different field which isn’t what I wanted.” Snow earned a Bachelor’s of Arts in psychology and a master’s degree in marriage and family therapy at the University of Louisiana at Monroe. He is currently attending seminary school through Liberty University.

From 2010 – 2013, Snow worked as a Joint Family Support Assistance Program – Military Life Consultant for the LANG. Snow traveled the state giving briefings and training on topics including stress and deployment related issues.

In 2012, he began working with LANG chaplains during Strong Bonds training events, a program intended to increase individual Soldier and family member readiness through relationship education and skills training, as a licensed counselor.

In 2016, Snow started his own practice Strategic Counseling Solutions located in West Monroe and Ruston. This gave him the flexibility to balance seminary and his business. It also afforded him the chance to re-enlist.

“I’ve known that I wanted to become a chaplain since I started working with them back in 2012,” said Snow. “There’s this feeling in your stomach that you get when you don’t respond to the call; you just feel ill, it’s the only way I can explain it.

“So I decided to join, and doors have just been opening up for me every step of the way,” Snow said. “My practice goes hand-in-hand with this mission, and there’s a point in time when you just really have to start serving God.”

Snow attended a six-week prior service basic training at Fort Leonard Wood, Missouri, in 2017. He said it was a very different experience from when he first attended Basic Training more than 17 years ago.

“I didn’t have as much fear at 38 as I did at 20, but I could see the game for what it was,” said Snow. “It was a means to an end but also an experience that made me tougher and helped prove that I was serious about becoming a chaplain.” Snow’s first salute after being commissioned was from his civilian mentor, Joseph Lopez. Lopez is an 83-year old Navy veteran and has been a mentor to Snow for the last decade after they met at a church in West Monroe.

“I’m really proud of Jimmy and the spiritual growth that I’ve seen in his life,” said Lopez. “I’m honored that he requested me to be his first salute.”

Snow is assigned to the 528th Engineer Battalion in Monroe under Chaplain (Capt.) Christopher Gueydan.

“We are proud of him,” said Chaplain (Col.) Jeffery Mitchell, state chaplain for the LANG. “He’s going to do great things and be a great chaplain.”

“I want to be an asset to the commander and the Soldiers,” said Snow. “I really want to be seen as someone they can reach out to at any time and not just in a time of crisis.”

The U.S. Army Chaplain Center and School, established almost 100 years ago, serves as the U.S. Army Chief of Chaplain’s institutional training base for Army Chaplains and Chaplain Assistants. Their mission is to train Unit Ministry Teams (chaplains and chaplain assistants) in safeguarding free exercise of religion for all Servicemembers and their families, as well as the provision of religious support and religious accommodation.