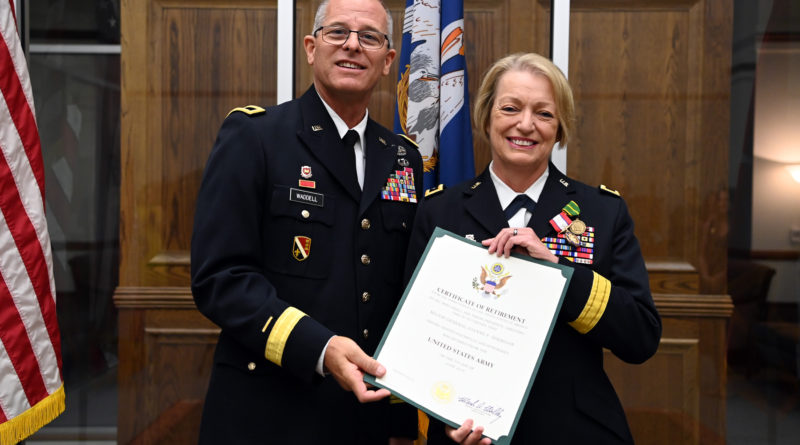 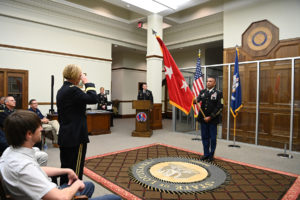 NEW ORLEANS – Maj. Gen. Joanne F. Sheridan retired from the Louisiana National Guard after 38 years of military and state service during an official ceremony at the Adjutant General’s Office at Jackson Barracks in New Orleans, June 18.

Sheridan, a Leesville native, became the first female general officer in the Louisiana National Guard in 2012, and she went on to become the first female two-star general officer in 2017. Sheridan served as the assistant adjutant general where she was the principal advisor to the adjutant general and was responsible for assisting in the deployment and coordination of programs, policies and plans for the LANG.

During the ceremony, Brig. Gen. D. Keith Waddell, the adjutant general of the LANG, spoke highly of Sheridan’s accomplishments throughout the years. 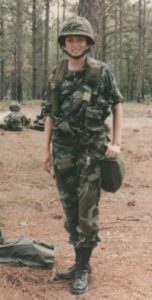 “It is my honor to recognize and thank one of the true trailblazers of our organization. She is a trailblazer because of the outstanding leadership and service to her state and country and the many firsts she achieved in our organization as a female leader.”

Sheridan received her commission through the Reserve Officer Training Corps in May 1983 and served on active duty until September 1988. In October 1988, Sheridan joined the Louisiana Army National Guard. 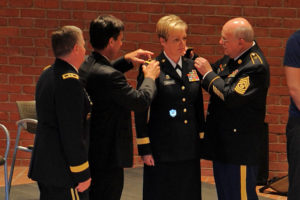 “Sincerely, I cannot begin to express in words what you all mean to me,” said Sheridan. “I am leaving here, after 38 years in Louisiana, with a smile on my face and a song in my heart.”

Sheridan deployed in Support of Operation Iraqi Freedom in 2008 where she served as the Director of the Project Management Office on the Task Force to Improve Business and Stability Operations in Iraq.

Some of Sheridan’s awards and decorations include: the Distinguished Service Medal, the Legion of Merit, the Meritorious Service Medal (3), the Army 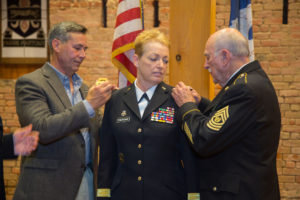 Sheridan is the daughter of retired Command Sgt. Maj. Joe S. Fernald and the late Marion Colbeth Voita. She and her husband Mark reside in New Orleans and have two sons, Patrick and Daniel.