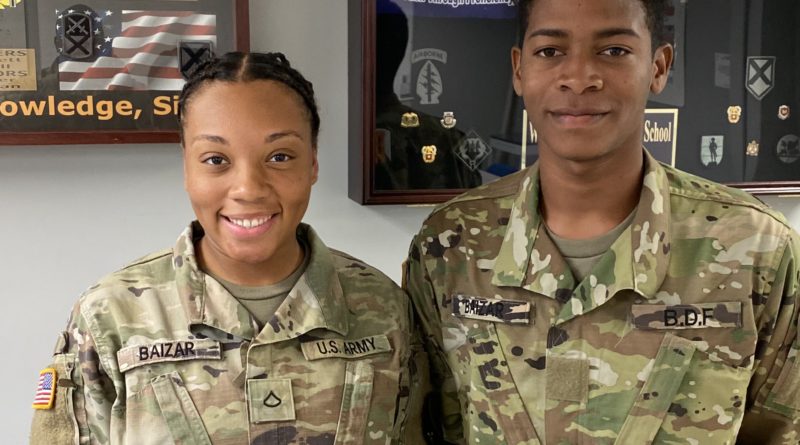 Until just a couple of weeks ago, they had never heard of each other.

It was at Officer Candidate School at Camp Beauregard where the two discovered they were related. Renon was one of several soldiers sent from Belize to attend OCS with Louisiana guardsmen as part of the State Partnership Program.

The SPP program leverages whole-of-society relationships and capabilities to facilitate broader interagency and engagements spanning military, government, economic and social spheres. Over the last 25 years, the two countries have since participated in approximately 270 events.

It was at drill on June 3 that the two met and immediately could tell they were related; having the same last name was just the first sign.

“In our family we have nearly identical noses, so I know, alright, this is probably my cousin,” Renon laughed.

Savannah added, “My father’s side of the family is from Belize, and our skin has a distinct look.”

When Savanah consulted with her father and traced their intertwining genealogy, the two were able to confirm that they were second cousins.

Both Baizars were happy to have found each other.