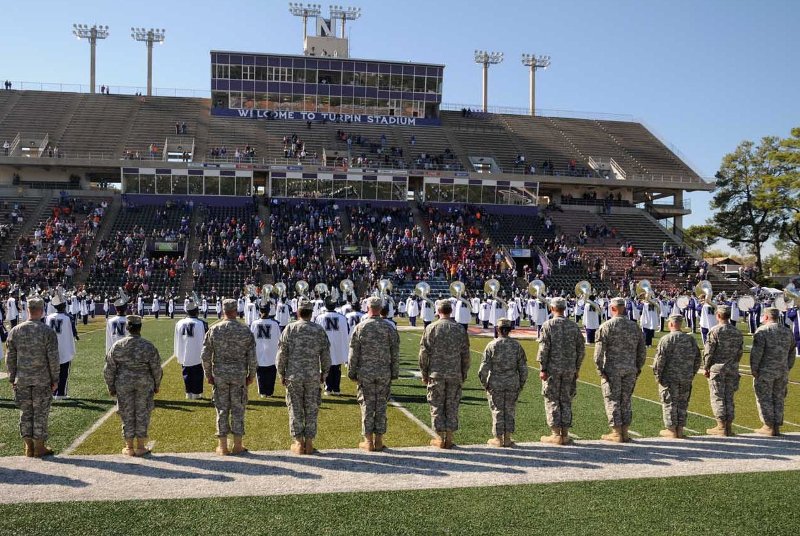 On Saturday, the unit spent the afternoon in Natchitoches attending Northwestern State University’s Military Appreciation Day and participating in the pre-game show for the Demons’ football game against the University of Central Arkansas. The 156th Soldiers were also recognized on the field for their service during their recent deployment to Iraq with the 256th Infantry Brigade Combat Team.

On Sunday, the band travelled to Port Allen to march in the sixth annual West Baton Rouge Parish Veterans Parade. The band played a selection of patriotic music for appreciative parade-goers along the 1.3 mile route from Rivault Park to the Port Allen Courthouse.

Although the 156th is based in Bossier City, their mission is to support and represent the Louisiana National Guard throughout the state.