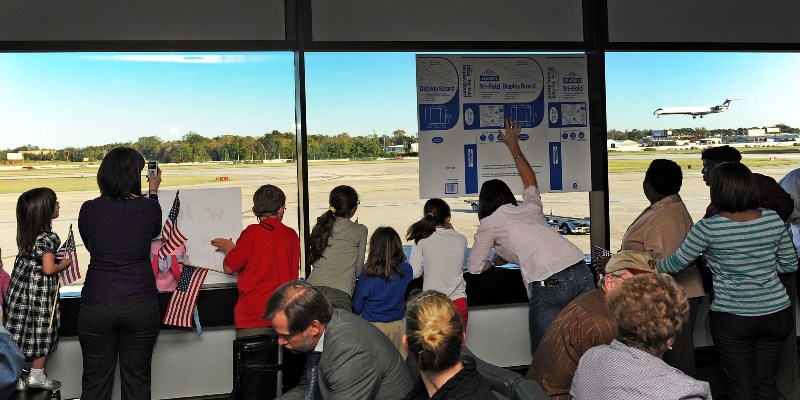 The 20 Airmen received a warm welcoming from family, friends and other passengers after a six-month deployment to Afghanistan and Iraq.

“We’re trained during worst case scenarios,” said cable installer Staff Sgt. Karl E. Krousel. “But we came in and did our job, and I had a great experience.”

The 214th EIS was responsible for the mobilization and deployment of resources and supporting assets to accomplish the engineering, installation, reconstruction, and replacement of communication systems, facilities and air traffic control and landing systems.

With wireless internet and smart-phone applications, Airmen were able to communicate with loved ones frequently.

“Being able to talk to my family on the phone and through e-mail was huge,” said Krousel. “It helped this deployment go by fast and was less stressful.”

“My son has been able to experience different cultures and has seen other parts of the world,” said Tracy Daigre, a New Orleans native and mother to Airmen Clinton Simpson. “I’m so proud of him and the rest of them for their accomplishments.”