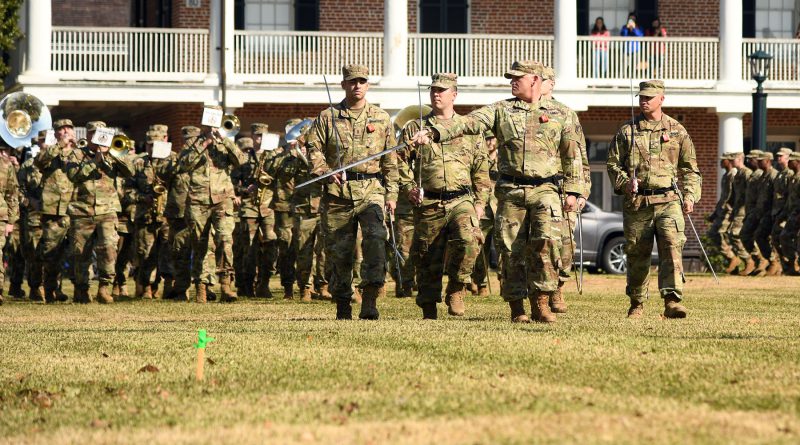 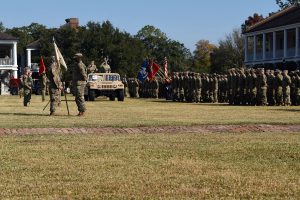 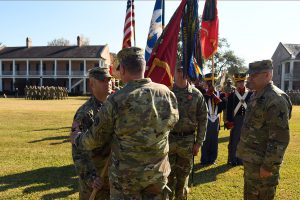 During the ceremony, Lt. Col. Joseph Barnett relinquished command of the battalion to Maj. Christopher McElrath after leading the unit for two years.

“You’ve lived up to our great history, and we will continue to make history of our own,” said McElrath to his new Troops. “We will move forward and get better every day at providing the mighty Tiger Brigade with the fire support they need to accomplish the mission.”

The Washington Artillery is recognized as the oldest military unit outside of the original 13 colonies and has fought in nearly every significant U.S. war since the Battle of New Orleans. The Pass-In-Review ceremony is an opportunity for the commanding officer to review his troops.

Over the weekend, the 141, along with the Washington Artillery Veterans’ Association, also held a wreath laying ceremony at a monument dedicated to fallen Louisiana artillerymen, located in Metairie Cemetery. The 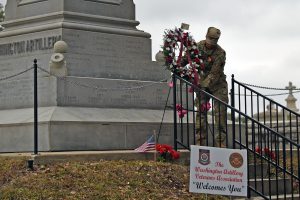