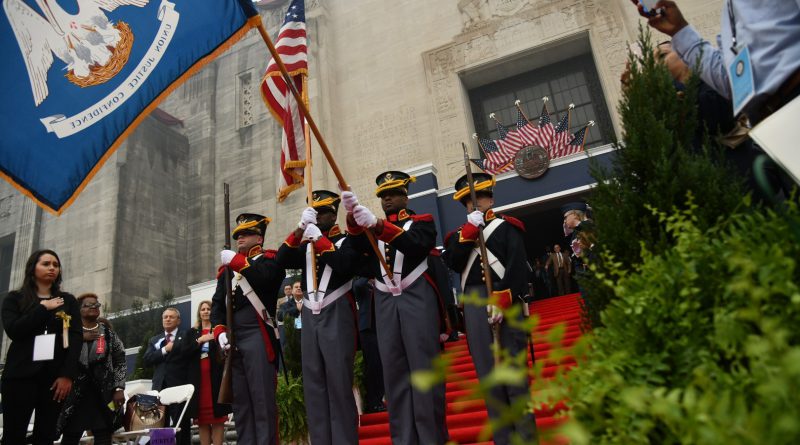 BATON ROUGE, La. – The Louisiana National Guard provided ceremonial support during the inauguration of Gov. John Bel Edwards for his second term at the Capitol in Baton Rouge, Jan. 13, 2020.

The 1st Battalion, 141st Field Artillery Regiment, also known as the Washington Artillery, fired a 19-gun salute and their color guard, in 1838-style uniforms, presented the flags. Guardsmen represented the Army and Air Force, lined the steps and provided a saber arch Gov. Edwards walked to be sworn in.

As governor, Edwards will serve as the commander-in-chief of the Louisiana National Guard.