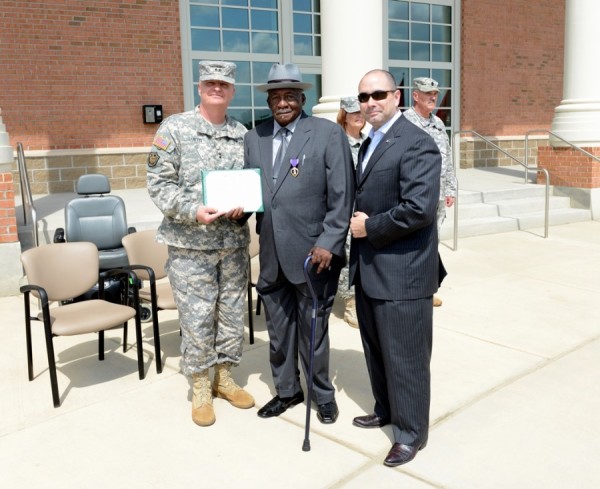 Mosby was shot in the left elbow in 1953 and taken hostage as a prisoner of war. He was held for 45 days before being released.

During this time, his injury healed over. Mosby was not seen by Army medics so his injury was not documented.

After 59 years, the Purple Heart was approved last summer.