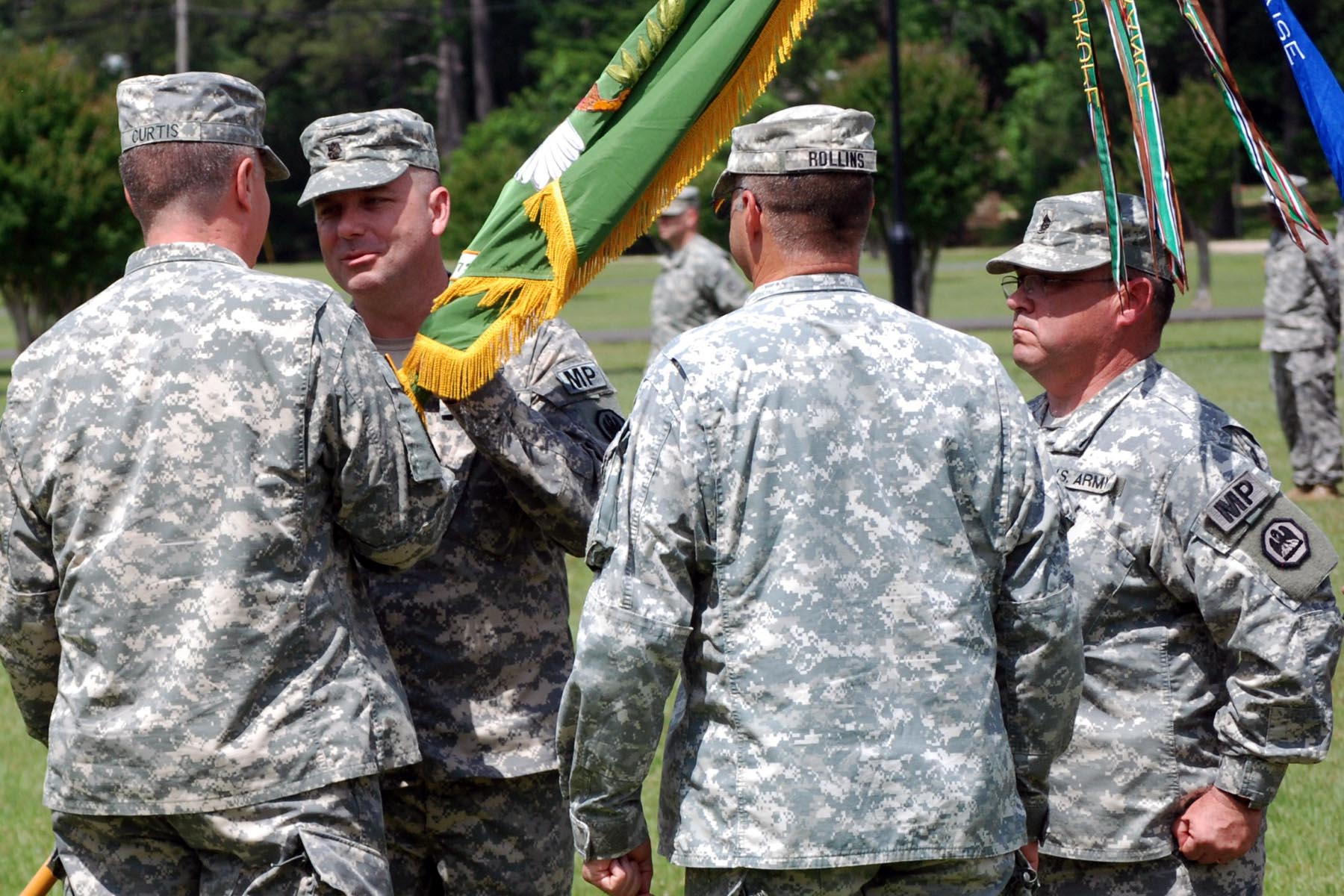 BATON ROUGE – The Louisiana National Guard’s 773rd Military Police Battalion welcomed Lt. Col. Mark A. Howard as their new commander during an official change of command ceremony on the parade field at Camp Beauregard in Pineville, La., May 19.

Howard of Baton Rouge, La., assumes command from the outgoing commander, Lt. Col. Christopher A. Rollins, who served as the commander of the 773rd since February 2011. Rollins will deploy in June to U.S. Naval Station Guantanamo Bay, Cuba with the 2228th Military Police Company.

“The 773rd is the best battalion in Louisiana,” said Rollins, a native of Sulphur, La.  “I cannot wait to see the heights you will achieve under Lt. Col. Howard’s leadership.”

Howard joined the LANG in 1986 and served as the deputy commander of the 61st Troop Command since 2012.

In ceremonial fashion, Maj. Gen. Glenn H. Curtis, adjutant general of the LANG, received the organizational colors from the outgoing commander and passed them to the incoming commander, signifying the transfer of leadership over the unit.

Howard, a graduate from Louisiana State University in Baton Rouge, La., received his commission from the LSU Reserve Officers’ Training Corps in 1990. He began his career as an officer as platoon leader with the 39th Military Police Company, 773rd MP Bn.

“Having served as both an enlisted soldier and officer many years ago in each of the line companies represented here,” said Howard, “I find it a great honor to return and serve as the leader of this organization.

“As the U.S. Army continues to transform and remain the most capable military force in the world, the Louisiana National Guard will transform as well.  Our continued challenge is to be prepared for any mission, around the world or locally within the State, and Soldier readiness is key to ensuring we meet that challenge,” he concluded.

Established as a battalion in 2005, the 773rd MP Bn, provides expertise in police, detainee and stability operations in order to enhance security and enable mobility in state and federal missions.