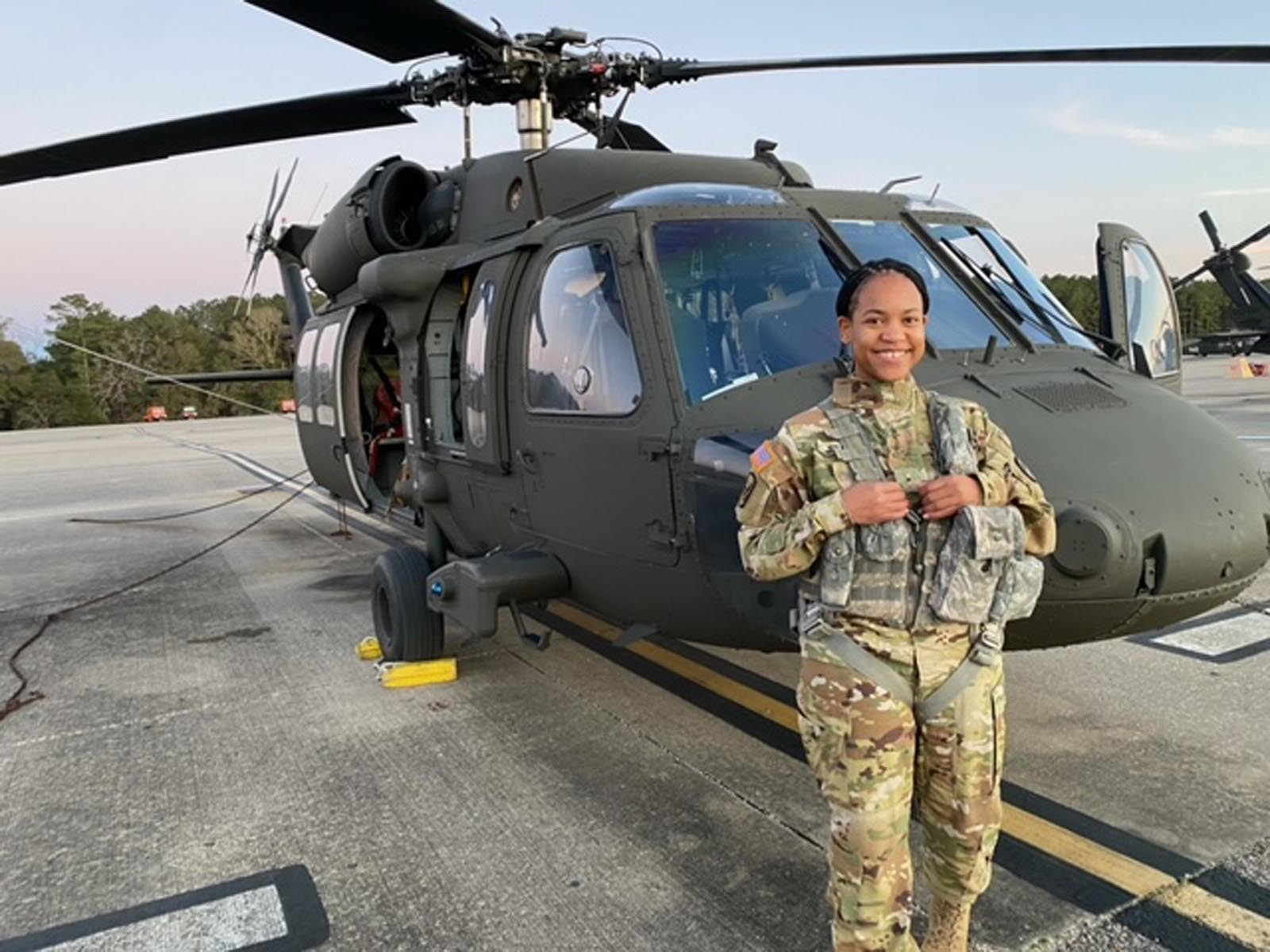 “We often don’t realize what kind of impact we have on other people’s lives. Simply seeing someone doing their job is enough to spark an interest,” said Julien.

However, Julien said she had no idea that she would make history or that this would be her mark in the LAARNG.

“It feels surreal. Sometimes it just takes that one spark,” said Julien. “I feel like I now have a responsibility to let young females know that aviation is an option for them even though it is a male-dominated field. There aren’t many women, and even fewer Black women in aviation, both in the military and on the civilian side.” 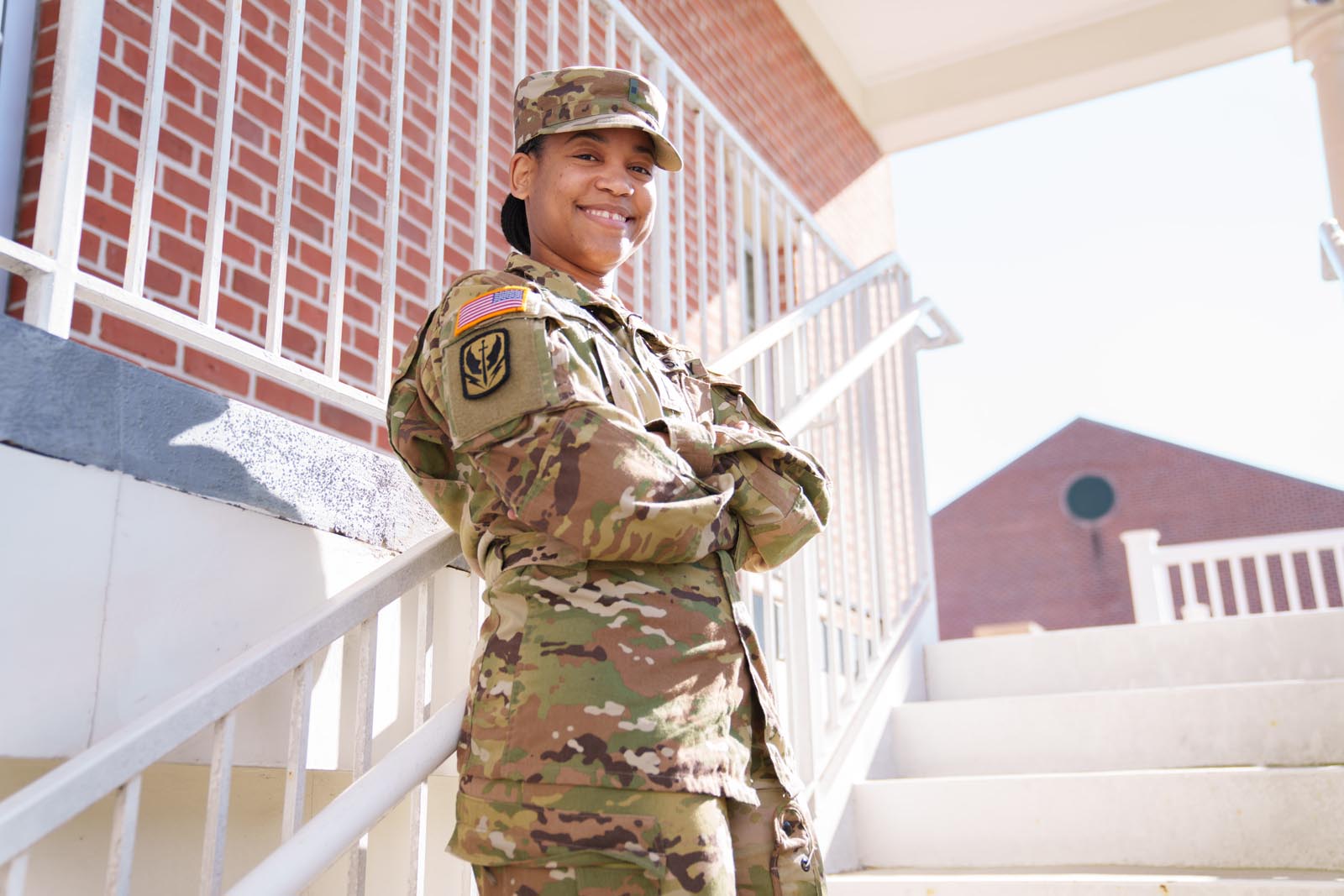 Julien enlisted in 2014 with an associate degree in order to continue her education. She now holds a bachelor’s degree in psychology from the University of New Orleans and intends to pursue her master’s degree in either counseling education or human resources.

During her deployment from 2017-2018 to the Middle East, Julien recalls seeing a Black warrant officer, now Chief Warrant Officer 4 Troy Willis, a New Orleans native, and observed that he was not only the only Black warrant officer pilot in her unit but happened to be from the same city as her, making him more relatable. Julien says seeing Mr. Willis in the cockpit sparked her initial interest in becoming a pilot.

“I told Mr. Willis about my decision to become a pilot, and with no hesitation he said that he will mentor me,” she said smiling. “He helped with putting my flight packet together, was there through all of my hardships during flight school, and he gave guidance when it was needed. Mr. Willis definitely had an impact on the start of my aviation career, and I thank him for that.”

“I am extremely proud of Julien. Her level of intelligence and her inquisitiveness really stands out, making her a perfect candidate to become a pilot, and I believe that diversity of our armed forces is what makes us strong,” said Willis.

The LANG continues to celebrate Black History Month as it honors Black representation and accomplishments in the organization, and, likewise, Julien places an importance in remembering what the Black community endured in the past to advance the opportunities of today.

Retired Sgt. 1st Class Haywood Harrison, former recruiter and mentor, is now a JROTC instructor at Broadmoor High school in Baton Rouge, Louisiana and asked Julien to speak to several of his classes because he felt that it was important for his students.

Harrison said, “I had Ms. Julien speak with my class because my students needed to see someone that looks like them … someone that wasn’t exposed to helicopters but was able to seek out the things she needed to do to become the first African American female pilot in the LAARNG.”

“Someday, I would like to speak to students in my old high school, George Washington Carver High School in New Orleans. I feel like the exposure just isn’t there for many young Black kids in the community I grew up in. A lot of us don’t know about opportunities like this,” said Julien.

Julien asserts that her favorite part of serving emanates from the family of Soldiers around her. She expressed that the people she serves with are phenomenal, making her experience in the LAARNG feel more like being part of a family.

“I like that the Guard can be activated to help with things that happen in local communities, different states and overseas,” said Julien.

Although Julien has yet to take part in any emergency response missions as a warrant officer, she has experienced the value of what she now does. During Hurricane Katrina in 2005, Julien and her family were rescued from the superdome in a CH-47 Chinook helicopter after waiting a week for help.

Julien said, “Hope, security and relief were all that I felt in that moment. I am now in a position where I may have to do the same for someone else.”