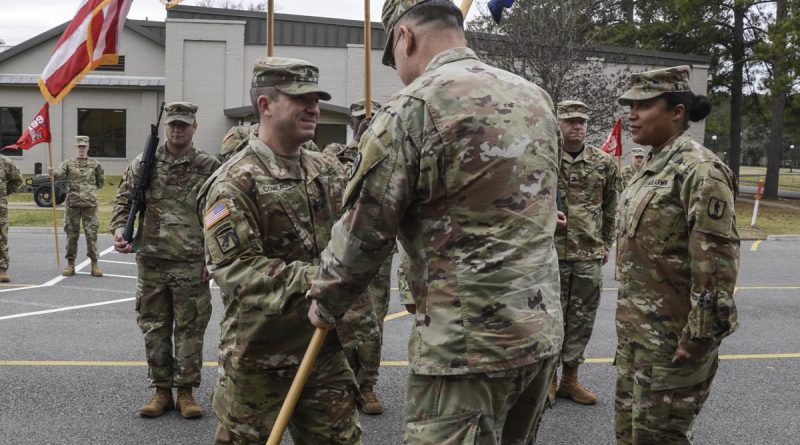 “I am deeply appreciative of the support of so many key leaders and officials from throughout the LANG,” said Lloyd. “I am thankful to all whom have helped me succeed along this journey.” 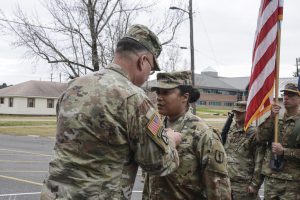 Lloyd, a 32-year veteran, enlisted in the LANG as a combat medic in 1986. She received a direct commission to second lieutenant in 1996 after serving 10 years as an enlisted Soldier.

Lloyd has served in a variety of command and staff assignments from platoon to brigade level to include: Youth Challenge Program cadre and instructor, chief clinical nurse, deputy commander of clinical service and battalion commander. She is currently the state surgeon for the LANG.

“Katrina, you have a unique task for the state of Louisiana and that is keeping us healthy and ensuring that we maintain our physical fitness,” said Brig. Gen. Rodney Painting, assistant adjutant general of the LANG. “You are a true professional who is smart and hard-working and that makes a difference in many different leadership positions.”

“Jacques, you have served with distinction at all levels,” said Painting. “You are a strong 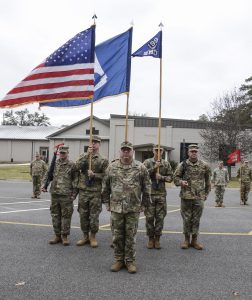 leader with the knowledge and experience who is more than qualified for this command.”

Comeaux enlisted in the LANG as a Bradley Fighting Vehicle mechanic in 1996. He was commissioned a second lieutenant through the LANG’s Officer Candidate School in 2002.

He has served in a variety of command and staff assignments from the platoon to brigade levels, including: platoon leader, assistant operations officer and executive officer.

“Having come through these halls in 2002 and come back in this capacity is a great honor,” said Comeaux. “I take it very seriously and with great pride. I look forward to working with Col. Cerniauskas and everybody else in the regiment.”

Comeaux and his wife, Elsa, have a daughter, Andressa, and son, Emilio.