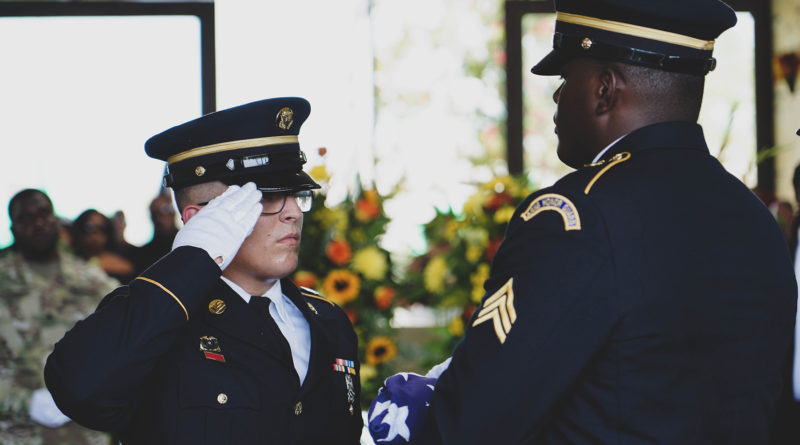 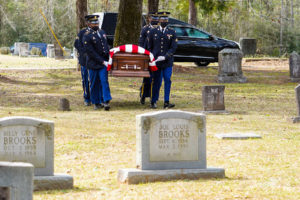 Over the last year alone, the team proudly rendered honors at more than 1,500 veterans’ funerals, honoring them for their service.

“Knowing that honors are rendered correctly gives me a huge sense of pride. You only get one shot to do it right. There are no do-overs,” said Sgt. 1st Class Derek Callaway, noncommissioned officer in charge of the program.

“I’m very proud of the team,” he continued. “These Soldiers train hard and work hard to ensure everything is perfect, and they make the Louisiana National Guard look great.”

When Soldiers join the Honor Guard, they complete a 40-hour level one course to learn how to set up their uniforms and perform 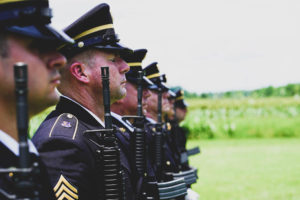 the drill and ceremony movements that come with working a funeral detail. Once complete, they are authorized to wear an Army National Guard Honor Guard tab on their uniform. Additionally, Soldiers perform all training and details in a duty status.

Callaway said the past year was especially challenging. Usually the team has roughly 60 qualified Soldiers to draw from, but deployments, hurricanes and COVID response efforts deeply cut into available personnel. Nonetheless, they still found a way to make sure that every fallen Soldier was rendered the honors they earned through their service.

“We only have a handful of full-time personnel. Our team is heavily made up of traditional Guardsmen who volunteer to join,” said Callaway. “Those Soldiers are part of regular units, so when they get deployed or get activated, we can’t use them.” 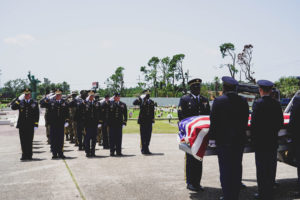 Any LAARNG Soldier can join the Honor Guard, regardless of rank, and those interested in joining MFH only need to email or call him. He also encouraged families that want to know if their loved ones qualify for a military funeral detail to contact him.

“Obviously, the most rewarding part of being in the Honor Guard is paying respects to those who came before us,” said Callaway. “Those who do join us stand out among their peers. There aren’t very many Honor Guard Soldiers in Louisiana.”