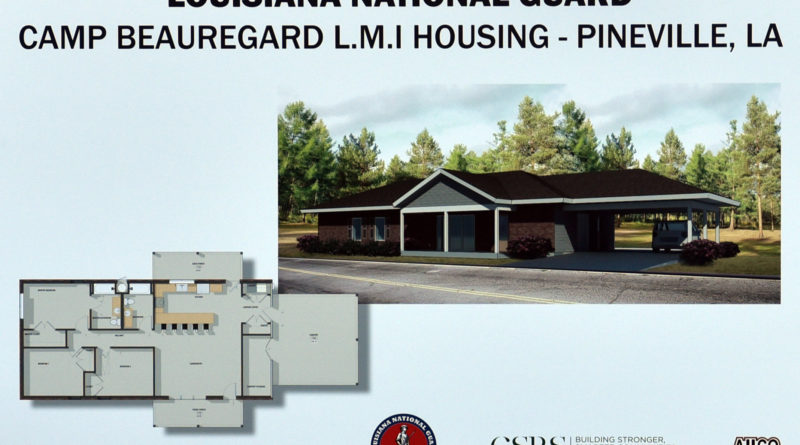 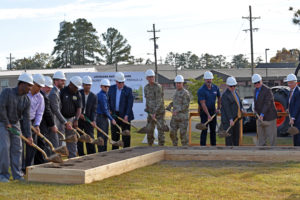 Previously announced by Gov. John Bel Edwards in 2019, this project is the result of recovery funds from past state emergencies that will be used to build roughly 25 new permanent residential houses for LANG soldiers and airmen.

“With the vast amount of state emergencies that we’ve experienced in the last two years and the thousands of guard members that we have deployed in support of our nation, a project like this seems well overdue,” said Maj. Gen. Keith Waddell, adjutant general of the LANG.

The project is being managed and accomplished through a joint effort between Edwards and the State of Louisiana, the 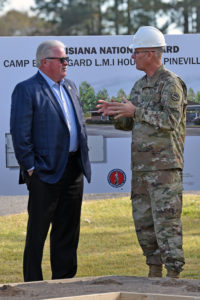 Louisiana National Guard Foundation and the LANG. The new housing will replace aging mobile homes, which housed displaced families following Hurricane Katrina, that are currently in place for some Camp Beauregard residents.

The upgrade will bring a substantial improvement to the quality of life for the Guardsmen and their families that live on post.

“I would like to express my thanks to the Governor, congressional delegates, state legislators, and the Louisiana National Guard Foundation who made this project possible,” said Waddell. “In a relatively short period of time, we’ll be able to welcome Guardsmen and their families into these permanent, safe, and beautiful new residences.”