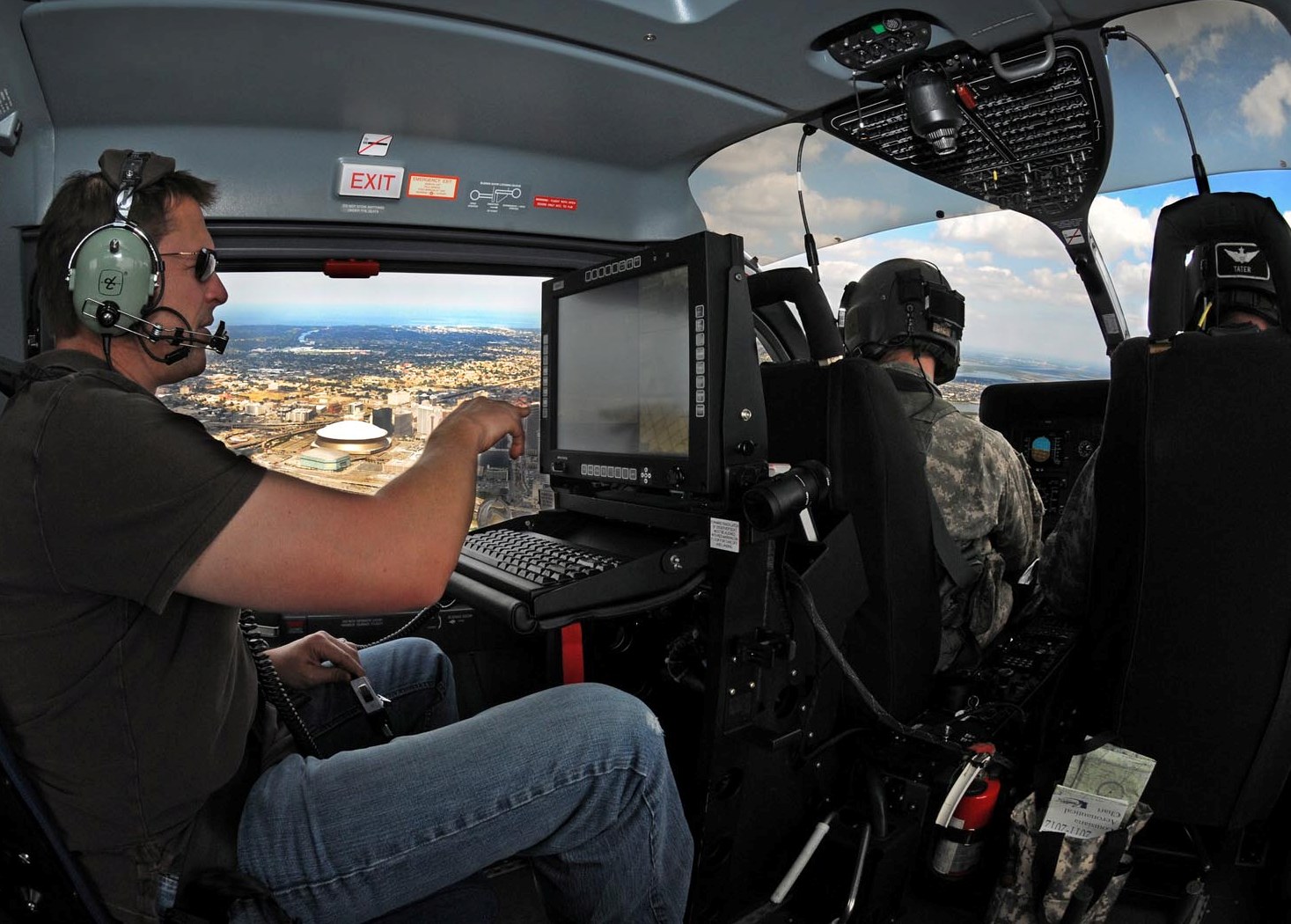 Louisiana is one of the first four states to receive this package.

“These capabilities can be used for search and rescues, state emergencies, hurricanes and as a tool to execute the homeland defense mission in concurrence with the counterdrug mission,” said Jones.

“I wanted to see what this thing can do,” said NOPD Detective Dave Lemoine, as the LANG pilots walked him through the controls. “This is awesome. Seeing the equipment they are using, it’s a big, big help in what we’re doing.”

Lemoine said the equipment could greatly increase the safety of the agents on the ground by providing the ability to relay what is happening with the undercover agents to the agents waiting on the sidelines.

“We’re able to see something the guys on the street can’t. We’re listening to the undercover. We can make split decisions from the air. Guys on the ground can’t do that,” he said.

The equipment package will allow the task force to be steps, or in this case, miles ahead of criminals.

“I’m excited about the enhanced capabilities that it offers,” said Lt. Col. Dallas Jones, the deputy commander for the CDTF. “The improved optics means the pilots can be up to five miles away from what they are looking at. “They can’t hear me or see me,” Jones added.

Four LANG pilots completed a two-week course in Alabama with pilots from Florida, Mississippi and North Carolina, to learn about the new systems before they brought the helicopters back to Louisiana.

The tactical video downlink system is a handheld receiver that may be used by the agents or Guardsmen on the ground to see what the helicopter’s camera is viewing. It has a range of 25 to 30 miles and can read a license plate up to a mile away.

The spotlight boosts 43 million candlepower. More than 13 million more powerful than the current spotlight used on other helicopters, it can work in tandem with the camera.

The moving map with touch screen capability is a first in a military helicopter. Its ease of use allows for input by any of the crewmembers within the helicopter, and it provides the exact location of the helicopter to anyone in the Lakota.

Another addition to the aircraft is the ability to record up to 16 hours of video to an easily removable card that law enforcement may use as evidence or for intelligence gathering.

Chief Warrant Officer 4 Eric Feazell of Pineville, was one of eight pilots on the panel that gave the National Guard Bureau recommendations for the upgraded equipment three years ago.

“Overall, the equipment, especially the camera, we’re very excited about. I could never do that before with the other equipment,” he said. “It adds another 30 minutes of flight time, which also increases the capability to follow vehicles.”

He said the combination of air time, speed, camera zoom, ability to identify people and vehicles, and displays with moving maps of the street the pilots and agents are looking at in real time are all significant improvements.

During the second day of the operation, the pilots used the helicopter’s camera to video the suspect hiding drugs behind a house. They were then able to relay the information to the ground agents, who then found the evidence.

“If it wasn’t for the aircraft keeping eyes on the target, the ground team would have never known where the stash was,” said Feazell.

Crew chief member Sgt. Logan Kennedy, also of Pineville, said the new equipment allows him to be much more effective during the missions.

“This has so many more … options than the Kiowa OH-58. There are more camera views with multiple views,” he said. “It’s [nearly] impossible to lose the target with the camera.”