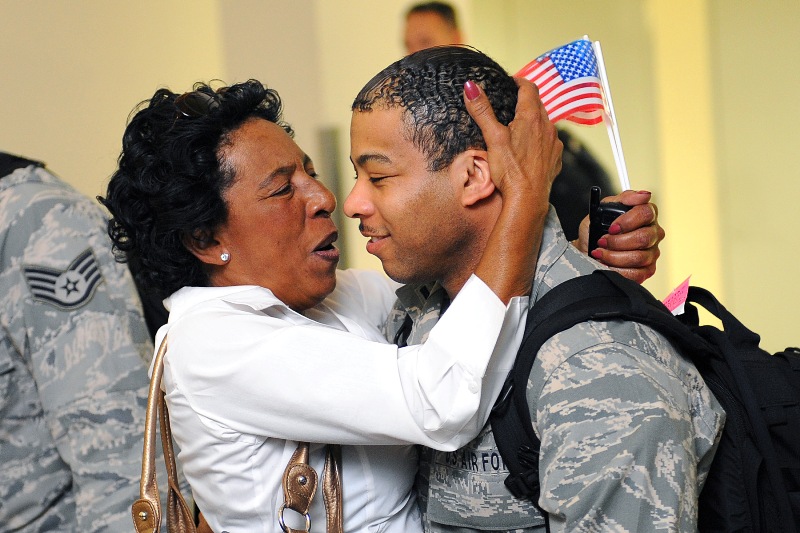 “It’s great to be back,” said Master Sgt. Joe Cagnolatti, cable installer from Lafayette. “It was a good deployment … I had good people with me, our team worked hard and time went by fast.”

The 214th EIS was responsible for the mobilization and deployment of resources and supporting assets to accomplish the engineering, installation, reconstruction, and replacement of communication systems, facilities and air traffic control and landing systems.

While deployed, the 214th established the first permanent underground communications cable on Thumrait Air Base.