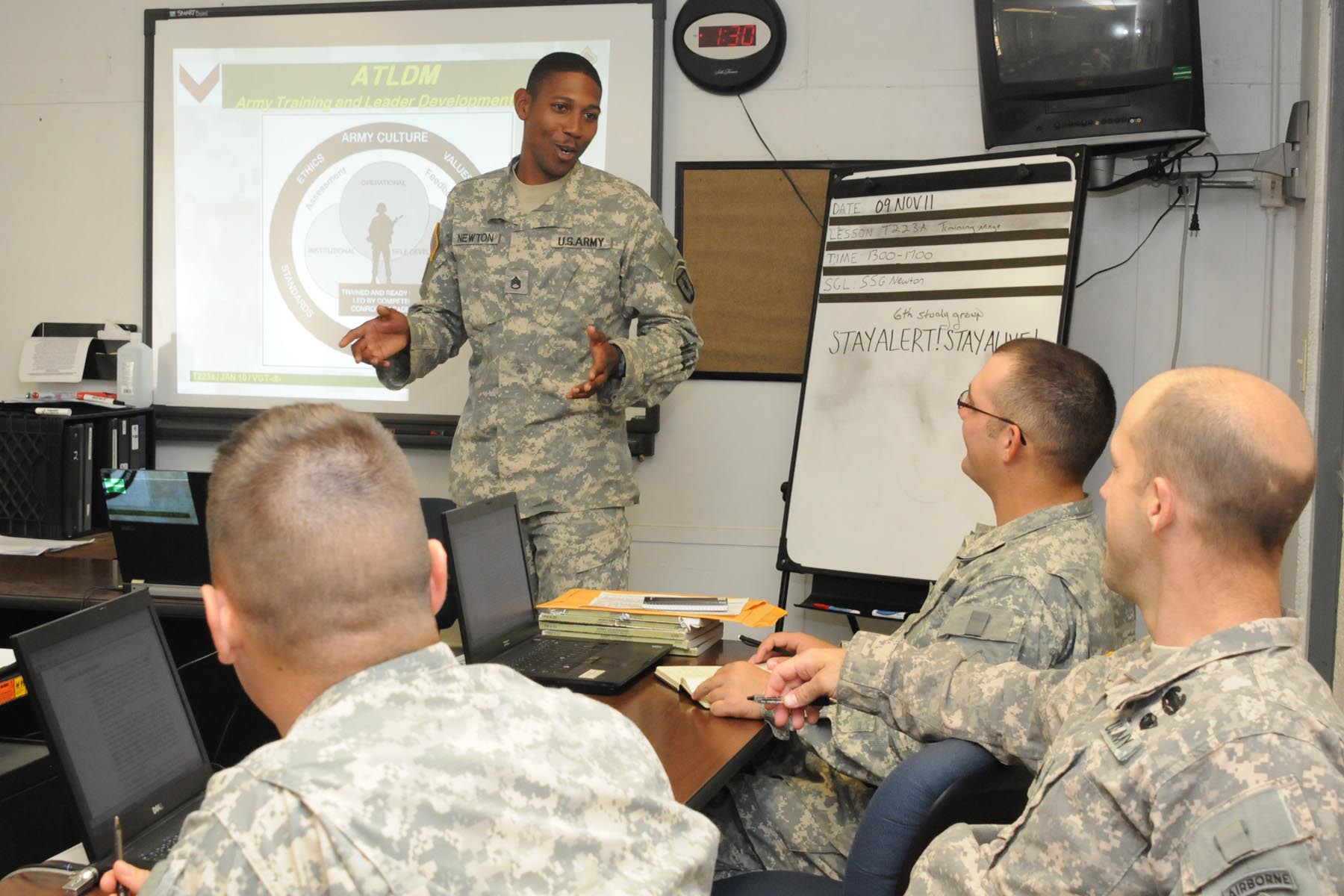 PINEVILLE, La. – The Louisiana National Guard trained active-duty Soldiers from Fort Polk, along with Guardsmen and Reservists from throughout the country during the first multi-component Warrior Leader Course at Camp Cook in Ball, La., Nov. 4-18.

On Nov. 18, nearly 160 Soldiers graduated from the course, experiencing a new way of training to coincide with a military where forces are becoming more and more integrated on the battlefield.

Held at Louisiana National Guard’s Regional Training Institute, 1st Noncommissioned Officer Academy Battalion at Camp Cook, the hard-hitting course combines what each component does separately, in an integrated environment. Hosted by the LANG, the course provided training to active-duty, Reserve and Guard Soldiers.

“Everything went picture perfect. It was very smooth,” said Louisiana Guardsman Master Sgt. Mario LeDuc, NCO education system branch chief. “We set high standards for ourselves so we give higher quality training to the Soldiers.”

The LANG’s Regional Training Institute has proved it is a top-notch training facility after receiving Academy of Excellence award for the NCOA in 2007 and for the RTI in 2010. This competition is against all training institutes and academies in the military.

“We take an extreme amount of pride in what we do. We don’t settle for average,” he said.

“We fight together overseas, so this training provides a lot more cohesion,” she said. “There are a lot of stereotypes with the National Guard. We’re able to show them that we’re all Soldiers, and we fight for the same team.”

Not only are the students learning to work together as one team, the instructors are as well.

“It’s been an eye-opening experience looking for the same leadership traits. They [National Guard] don’t slack off on the standard,” said active-duty Soldier Sgt. Christy Flores with the Joint
Readiness Training Center’s NCO academy at Fort Polk. “I have learned a lot. All components work together to accomplish one objective.”

Warrior Leader Course, or WLC, is the first course Soldiers attend to learn leadership skills that are required to lead at the squad leader level, an important role on today’s battlefield. This is accomplished by simulating real-world missions that require decisive decision making.

“The Warrior Leader Course is the first of four formal noncommissioned leadership courses a future NCO will attend throughout his Army career. It sets the basis for leadership at the sergeant and staff sergeant level as the first formal development of tomorrow’s leaders,” said Command Sgt. Maj. William Migues, commandant of the Guard’s NCO Academy.

“This multi-component course was a success. Our goal was for it to be transparent as to who was active component and reserve component for both instructors and students,” he continued.

The National Guard led multi-component WLC will not be fully implemented until the course is moved to Camp Minden’s new Regional Training Institute, which will be built in the second phase of construction of new facilities in north Louisiana. The first phase broke ground Sept. 7 and features the $19 million Armed Forces Reserve Center.