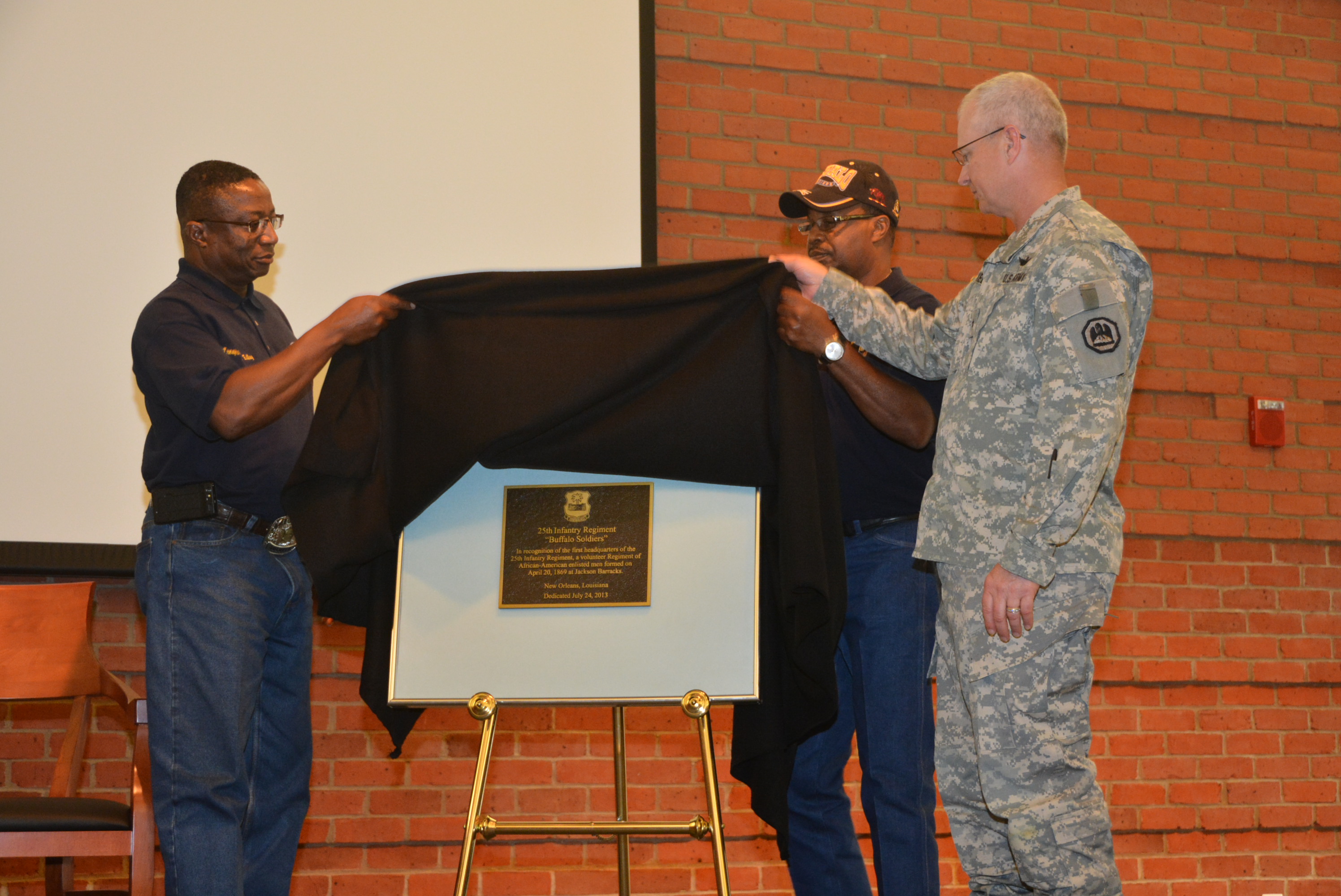 NEW ORLEANS – The state of Louisiana has many important landmarks where significant historical events have occurred. One place in particular is the Louisiana National Guard’s historic Jackson Barracks in New Orleans.

In 1869, Jackson Barracks became the home of the newly formed U.S. Army 25th Infantry Regiment, one of four Army infantry regiments known as the Buffalo Soldiers that were formed and comprised principally of African-American enlisted Soldiers.

The LANG commemorated the consolidation and formation of this proud regiment at a ceremony, July 24, at the Ansel M. Stroud Jr. Military History and Weapons Museum on Jackson Barracks.

“It is a tremendous honor to be here with the veterans and descendants of the famed 25th Infantry Regiment – the Buffalo Soldiers,” said Brig. Gen. Barry D. Keeling, director of the joint staff for the LANG. “I want to offer my deepest appreciation for your service and support to our nation.”

The 25th Infantry Regiment would go on to serve at Jackson Barracks until April 21, 1870, when it was ordered to San Antonio, Texas, for replenishment and service in scouting, escorting, guard duty and road building prior to involvement with both Indian and Mexican militia forces along the Rio Grande border.

“Today, I feel very happy about [the ceremony],” said a former member of another Buffalo Soldiers unit, retired Maj. Andrew Aaron of the 24th Infantry Regiment. “This is where the Buffalo Soldiers started, and we’re coming back together to praise that.”

A plaque was revealed during the ceremony reflecting the commitment that the National Guard shares with the Buffalo Soldiers, our nation and our military heritage.

In recognition of the first headquarters of the 25th Infantry Regiment, a volunteer Regiment of African-American enlisted men formed on April 20, 1869 at Jackson Barracks.

“As a native of New Orleans and a citizen that lived here in the 9th Ward … this culminates it all to recognize the 25th Infantry here at Jackson Barracks,” said Trooper Milton Wiltz, president of the 9th and 10th Horse Cavalry Association Greater New Orleans Chapter 22. “We thank you for having us here, and we thank you for keeping our history alive.”

Also during the ceremony, the Ladies Auxiliary of the Buffalo Soldiers presented care packages to Capt. James Hoover, commander of the LANG’s 927th Engineer Company, 769th Engineer Battalion, as his company is set to deploy overseas later this year.