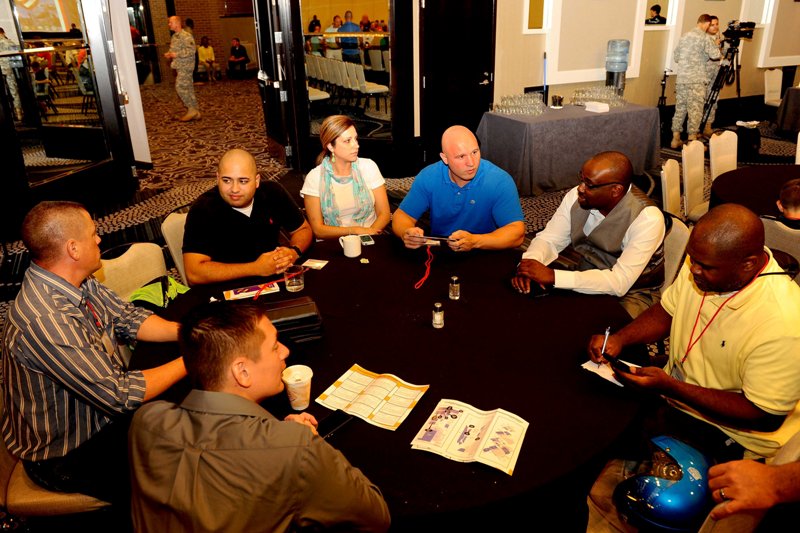 Soldiers and Airmen in the pre-, during or post-overseas deployment cycle, along with spouses, parents and siblings, attended two days of Department of Defense mandated courses interspersed with elective offerings such as personal finance, personal defense, home repair and artistic relaxation, among others.

According to Lt. Col. Ed Bush, director of the Reintegration Office which oversees the LANG Yellow Ribbon program, the purpose of the DoD-mandated training event is three-fold.

The first is to provide required training to Guardsmen who are deploying overseas or have returned from overseas deployment in a professional learning environment.

Finally, and most importantly, the LANG wants to honor the sacrifices these Guardsmen and family members make in service to their communities, state and nation.

One Guardsman, Air Force Staff Sgt. Ralph Simcox, who was activated to Air Force Mortuary Affairs Operations in Dover, Del., in support of Operation Enduring Freedom, described what he and his newly-wed wife, Nancy, learned over the course of their weekend.

“The value of this weekend’s Yellow Ribbon event was being able to spend some real quality time with a loved one,” said Simcox. “The biggest takeaway was knowing that the military takes care of its members and their families prior to, during and after deployments.”

In his opening remarks at a Freedom Salute Awards ceremony where post-deployment Guardsmen received the Louisiana War Cross and other awards, Maj. Gen. Glenn H. Curtis, adjutant general of the LANG, noted just how crucial this training is to Louisiana Guardsmen.