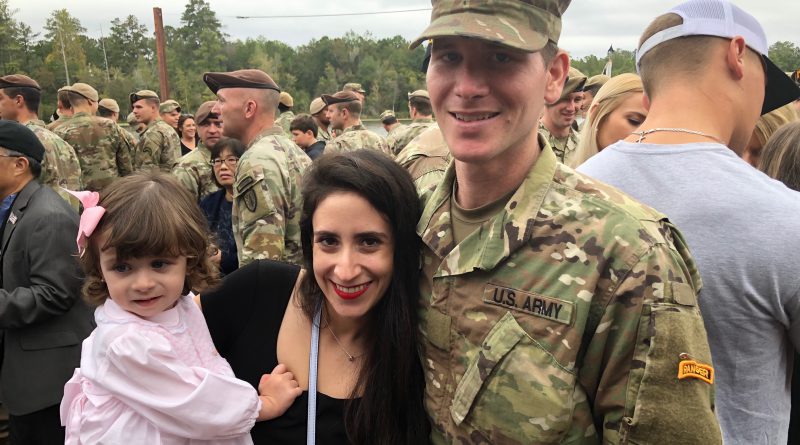 “An opportunity presented itself to go, so I jumped at the chance,” said Smith, a Youngsville resident. “It was extremely challenging, but overall it was a great experience.”

The Ranger tab, worn on a Soldier’s left shoulder above their unit patch, can only be earned by completing the arduous 62-day course in mountainous and swampy terrain that is designed to test Soldiers under extreme fatigue, hunger and mental duress. It is considered to be one of the toughest courses in the military.

“The hardest part was the last phase that takes place in Florida,” said Smith. “At that point, we had already been sleep and food deprived for almost two months. In addition to that, expectations of us were much higher even though we were physically and mentally drained because we had been training for this phase.”

Smith, who works on offshore oil rigs in the civilian world, has been an infantryman in the LANG for nearly 10 years. He said that the school taught him a lot that he is excited to bring back to the Guard.

“In addition to passing on the skills that I learned, I would like to help other Guardsmen who are scheduled to attend the course prepare to go,” said Smith.

Smith proved his proficiency as an Infantryman in several other ways. He was the 256 Brigade Soldier of the Year in 2015, earned the Expert Infantry Badge in 2016 and completed the Army’s Jungle Warfare Course in Hawaii in 2017. Given the opportunity, he said that he would like to attend Air Assault School.

“I’d like to thank Halliburton Completion Tools, my employer, and my wife, Yamel, for giving me the time and support to complete Ranger school and all of the other commitments that come with being a Guardsman,” said Smith.