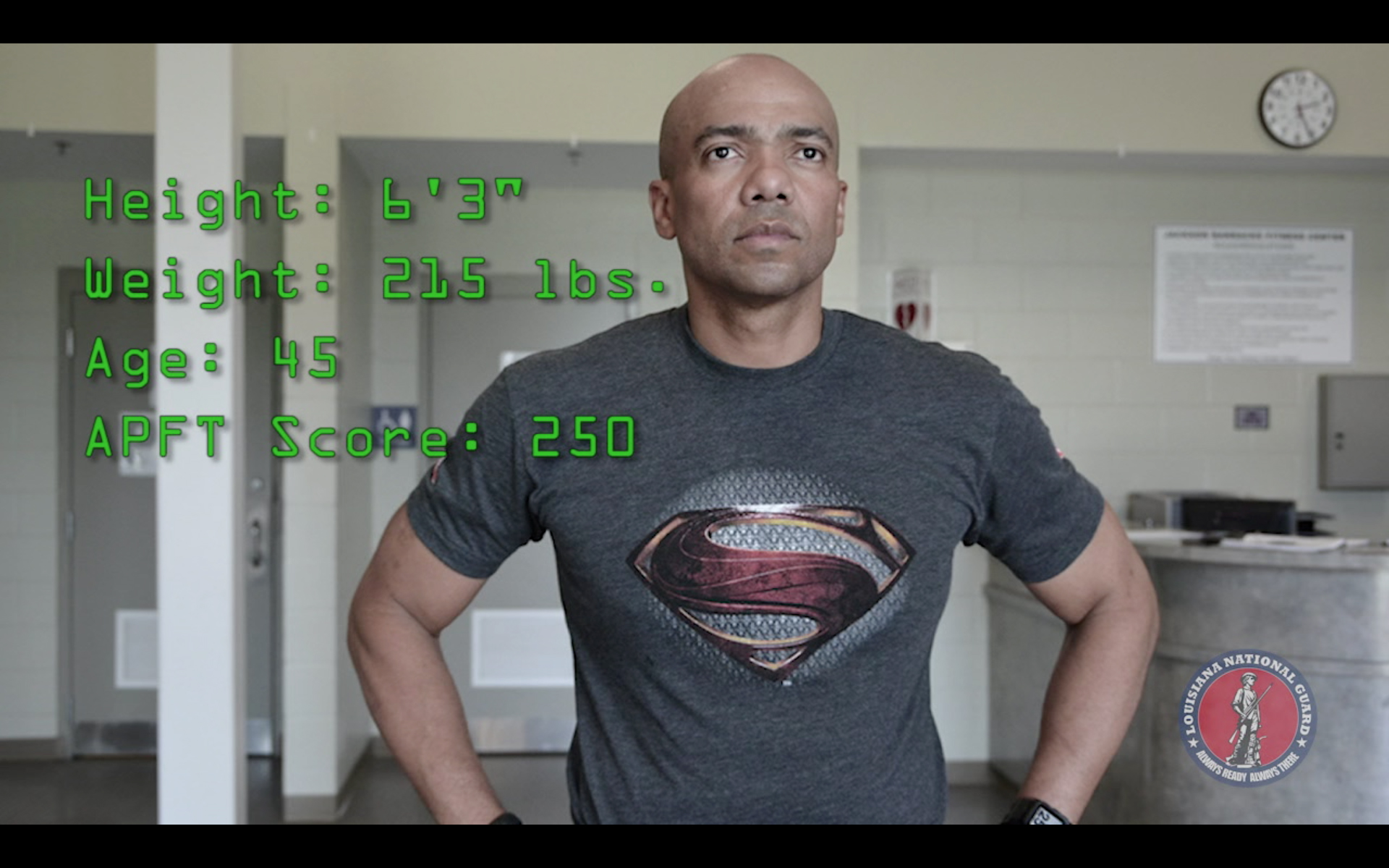 In partnership with Warner Bros. and their new film, “Man of Steel,” the National Guard has created the Soldier of Steel campaign.

The National Guard has chosen Superman as a comparative character because he is an everyday citizen seeking to serve his community, much like National Guard Citizen-Soldiers.

Also, just as National Guardsmen live by their military values, Superman lives by his motto of “Truth, Justice and the American Way.

In accordance with the June 14, 2013 release date of the motion picture, the Louisiana National Guard is starting the Soldier of Steel workout challenge.

Follow as 1st Lt. Curtis Watson takes you on a 28-day regimen of strength and cardiovascular exercises.

Physical fitness is an essential trait for every Guardsman, and Guardsmen are trained to be ready for anything.

Just as Clark Kent transforms into the Man of Steel when needed, National Guard Citizen-Soldiers transform when their communities call.

VFor more information on the Soldier of Steel Campaign and video breakdowns of each exercise, go to http://www.soldierofsteel.com

Videos following the Soldier of Steel Gym Jones training plan will be uploaded and posted daily and can be found at geauxguard.com/soldierofsteel/soldier-of-steel-training-videos.

For more information go to http://geauxguard.com/soldierofsteel