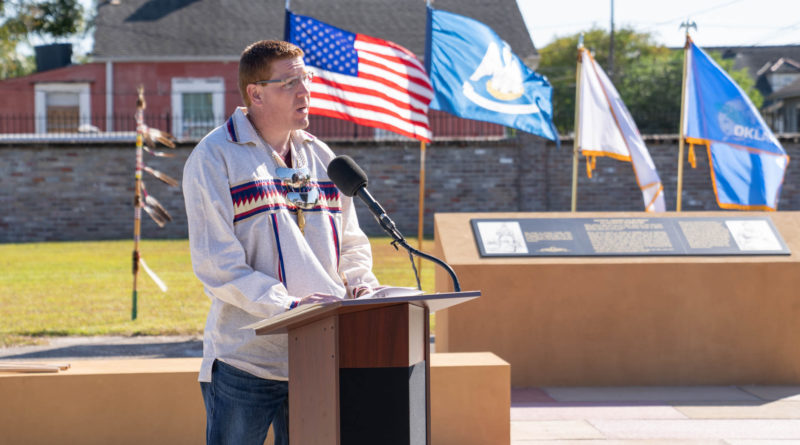 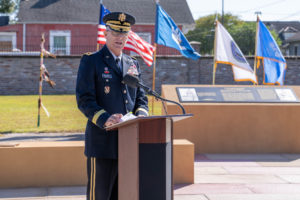 NEW ORLEANS – The Louisiana National Guard held a dedication ceremony for a memorial greenspace at Jackson Barracks in New Orleans, Nov. 19, to honor the Native Americans, soldiers, civilians and enslaved people who lived, served and died there.

In January of 2005, construction workers digging beneath a building to install a 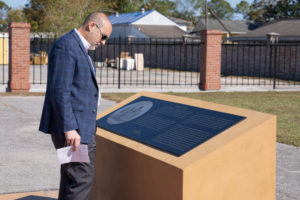 steel support column, inadvertently discovered human remains. Work was ceased and the consultation
process began, resulting in several archeological studies over the course of the next 13 years.

A forgotten cemetery was discovered containing the remains of many individuals including a Seminole woman. She was identified through her tribal accoutrements: bead necklaces, silver discs and a silver cuff. It is unknown how many people are buried at the site or who they were.

“While I cannot change the past, I can affect the present and the future … at least when it comes to Jackson Barracks and the Louisiana National Guard,” said Maj. Gen. D. Keith Waddell, adjutant general of the LANG. “I am honored to pay respects to those of all backgrounds who perished and were buried on these grounds.”

From 1837-1839, Jackson Barracks served as a stop off site for displaced Native Americans who were being relocated west. Some of those Native Americans, along with Soldiers, civilians and enslaved people died there.

“I want to express my gratitude to everyone involved with this project,” said the Assistant Chief of the Seminole Nation of 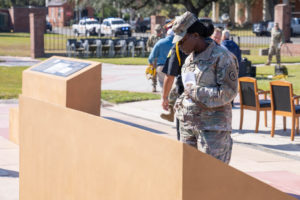 Oklahoma, Brian Palmer. “Today is a monumental example of righting past decisions made during the forced Indian removals that characterized the past treatment of Native people.” 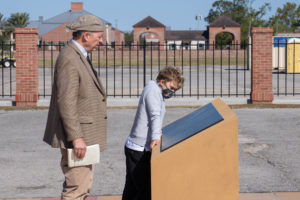