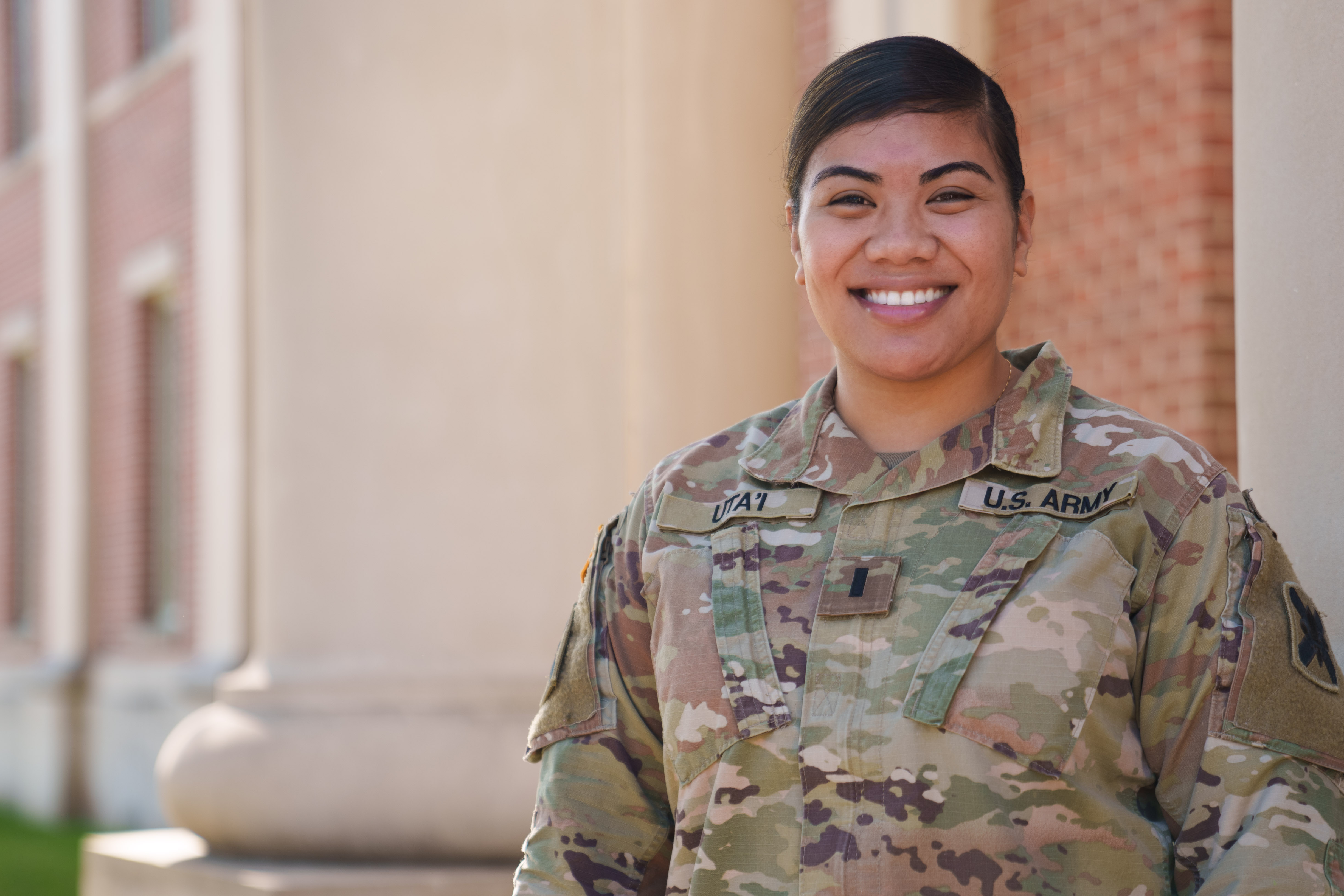 PINEVILLE, La. – During March, the Louisiana National Guard honors past and present female service members and their vital roles and contributions to the force. Prior to October 1971, women were not allowed to join the National Guard, but today the Louisiana Army National Guard (LAARNG) has a diverse force of more than 24% female soldiers, both enlisted and officer. 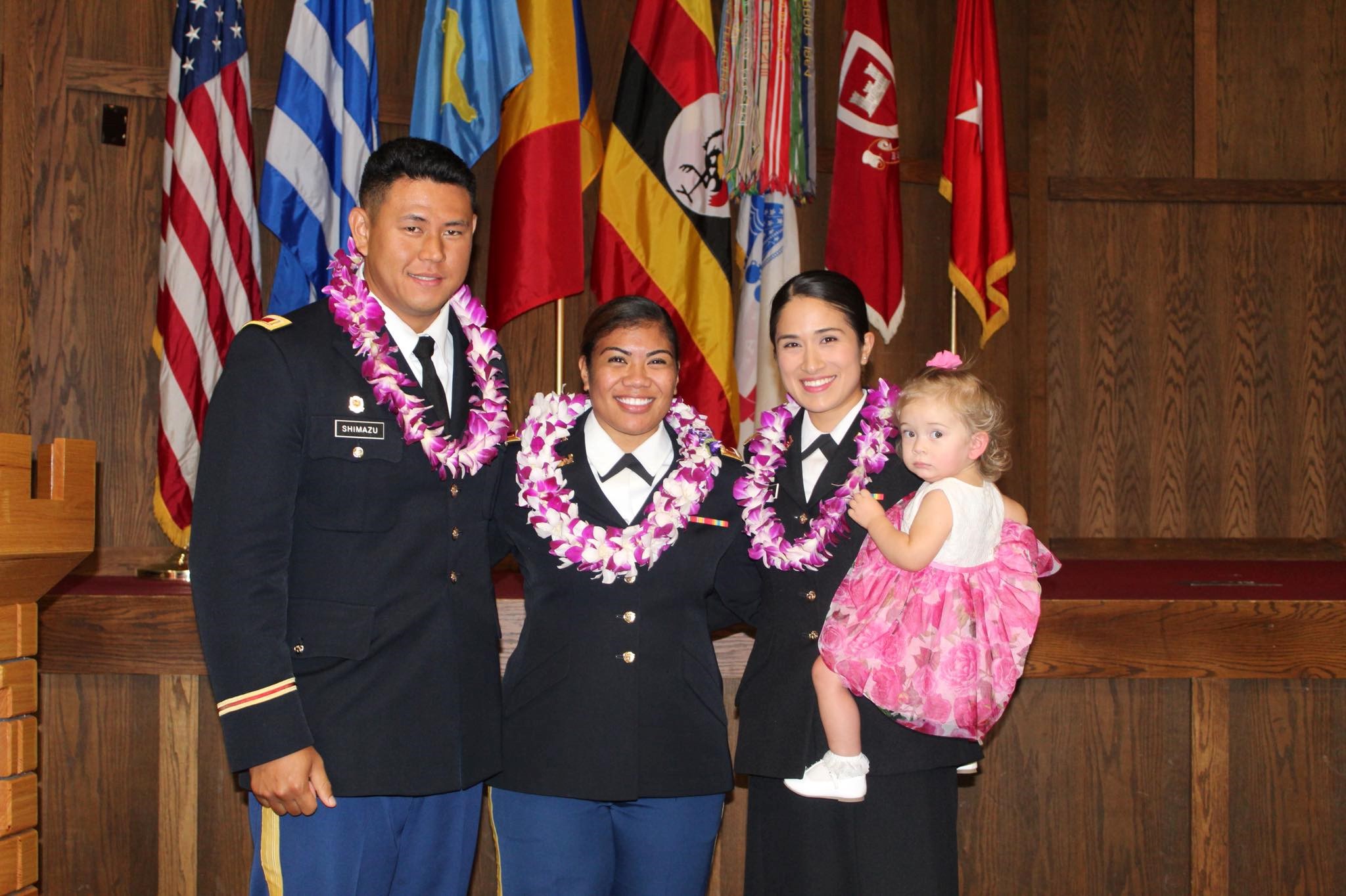 Amongst these ranks is 1st Lt. Taulagaola Uta’i (OO-TAH-EE) from Vatia, American Samoa, who is the only known American Samoan officer in the LAARNG. Uta’i serves as the logistical sustainment officer for the 769th Brigade Engineer Battalion (BEB), 256th Infantry Brigade Combat Team (IBCT), in Baton Rouge, since enlisting, May 12, 2012.

“It’s not often I run into another American Samoan; the way we migrate out of the island, not many of us usually come out this far. But I chose to go to Louisiana State University (LSU) and learned that I can join the Guard, and I decided to stay.”

Uta’i expressed that she joined the LAARNG to pay for college and to follow similar paths that her family took. Uta’i has an extended legacy of Samoan relatives in the military such as her aunt, retired Colonel Leafaina Tavai-Yahn, who was the first Samoan to graduate from West Point in 1989, retiring in early 2015 after serving in the Army for more than 25 years. Honoring her family’s legacy was one of the main reasons she enlisted in the Army.

Uta’i who currently resides in Baton Rouge said, “I hope to be an inspiration to all the young members in my family, just as many of the women in my family who served in the military are to me.”

Uta’i holds a bachelor’s degree in human resources with a concentration in leadership development, and she plays rugby in her spare time. “I 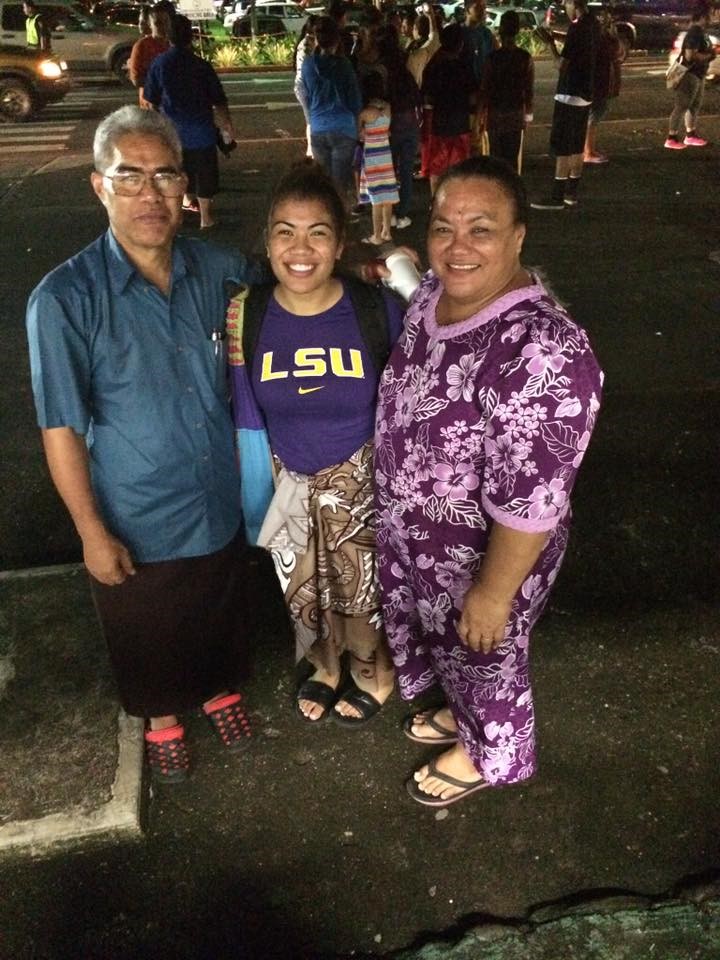 love Rugby. I started playing with LSU Women’s Rugby Club in 2015. After I graduated from LSU, I moved on to play for the Louisiana Lagniappe Women’s Team based out of Baton Rouge and New Orleans,” she said.

Uta’i is the first in her immediate family to graduate college.

Uta’i now works in the Joint Directorate of Military Support (JDOMS) at the Governor’s Office of Homeland Security and Emergency Preparedness (GOHSEP) in Baton Rouge where she assists in planning, coordination and operations.

“1st Lt. Uta’i is a quick learner and a diligent professional,” says Lt. Col. William Saint, deputy director of JDOMS. “She really distinguished herself as the contracting officer for Task Force RAMROD during Operation Inherent Resolve (OIR) where she managed in excess of $50 million dollars’ worth of services, facilities and equipment for the Combined Joint Task Force and the U.S. State Department at Forward Operating Base (FOB) Union III in Baghdad.”

Her leaders and co-workers seemingly agree on her professionalism and boast about her work ethic.

“She seems to complete every task with ease,” said Sgt. 1st Class Cleveland Gipson III, the 769th BEB’s logistical sustainment non-commissioned officer. “I know the mission will get done effortlessly when she’s tasked.”

Although Uta’i has served in a multitude of roles throughout her career, her most memorable are of her time with Task Force Ramrod during OIR. Uta’i asserts that her favorite part of serving emanates from the fact that her work is never mundane. “There is always an opportunity to react to different situations,” said Uta’i. “I love that it was something new every day.”

“I think it’s important to highlight women’s history and achievements because it sets a positive example for our female soldiers and helps our male soldiers, and the public, to better appreciate the contributions of all our teammates throughout history,” said Saint.

Uta’i has pride in her heritage, where she comes from, and the morals and values alike. Relating her culture to that of the LAARNG culture, Uta’i expresses the subtle vibe of familiarity between the two. She emphasizes how she values the strong bonds she’s established since joining.

“I get to meet so many different people from different places,” said Uta’i. “I hope that other Pacific Islanders see the benefits that you have when joining the military … the opportunity to see a bigger world than where you come from and still experience some of the same values and beliefs we have in the American Samoan culture.”