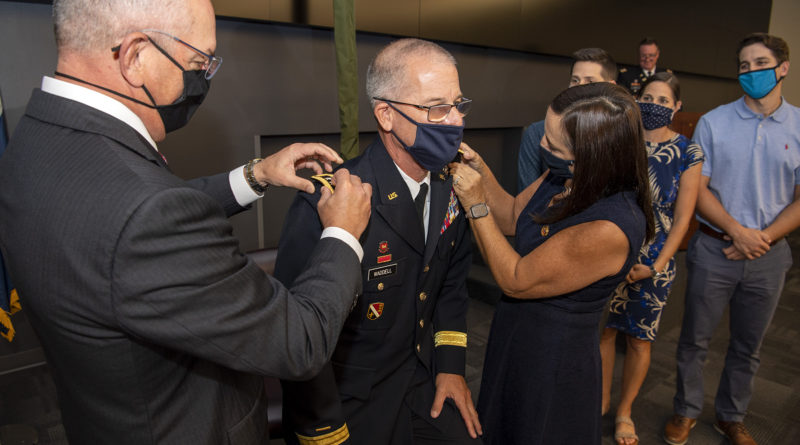 PINEVILLE, La. – After 31 years of military service, Louisiana National Guardsman Keith Waddell was promoted to the rank of major general during a private ceremony in Baton Rouge, Jul. 30. 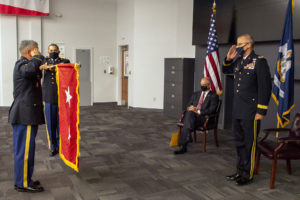 Louisiana Governor John Bel Edwards, commander-in-chief of the LANG, presided over the ceremony and along with Waddell’s wife, Lisa, had the honor of “pinning” the two-star rank insignia on Waddell. According to Governor Edwards, “Appointing Keith as the adjutant general may be one of the best decisions I’ve ever made.”

Maj. Gen. Waddell, a New Roads native, serves as the LANG’s adjutant general, a role he assumed at the beginning of 2020, right before the COVID-19 pandemic took force. His first year in the position was wrought with unprecedented challenges as the state prepared to face seven named storms, a series of tornadoes, and adapted to the ever-changing response efforts for the pandemic.

Waddell has an excellent support network and emphasizes the role his family plays in his military success. He expressed appreciation for his wife and children as they assisted in his promotion ceremony. 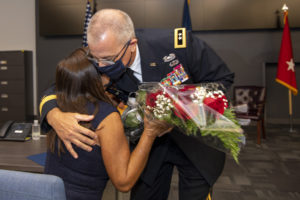 Maj. Gen. Waddell graduated from Louisiana State University with a Bachelor of Science in Physical Education and received his commission through the school’s Reserve Officer Training Corps. He also earned a Master’s in Strategic Studies from the United States Army War College and a Master’s in Homeland Security from Northwestern State University.

After graduating from LSU, Waddell served in the Army on active duty for four years before joining the LANG in 1995. When he left active duty, he became a certified teacher and began his career in education in Beauregard Parish. He taught, coached, and administered in Beauregard, Vernon, and Calcasieu Parishes prior to assuming the full-time role as adjutant general in 2020.

Over the course of his career in the LANG, Waddell served in numerous leadership positions and staff assignments at the company, battalion, and brigade levels. Of note, he commanded the 769th Engineer Battalion, the 139th Regional Support Group, and the 256th Infantry Brigade Combat Team. 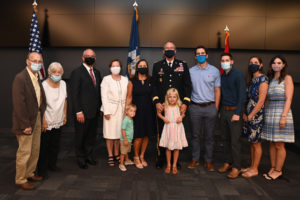 Maj. Gen. Waddell and his wife, Lisa, live in Lake Charles. His greatest achievement is being the father of three children: Kimber (Wes), Michael (Lindsey), and Kenny (Jada) and grandfather of three: Braden, Karsyn, and Logan.