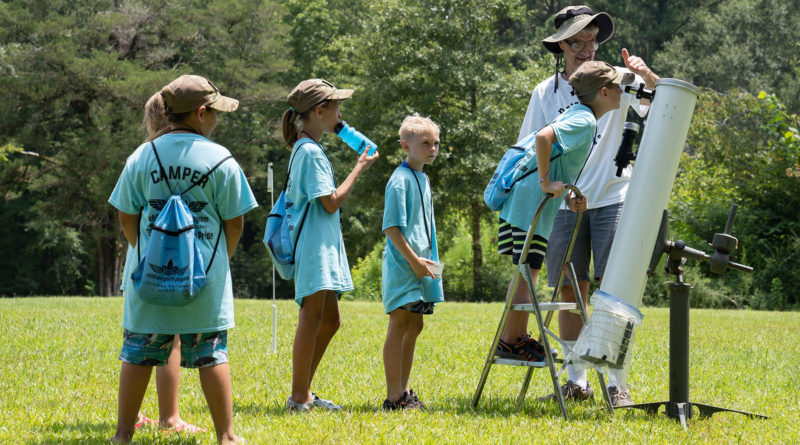 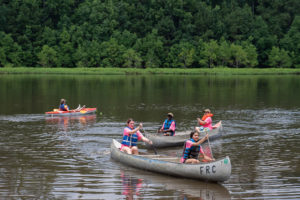 Children and siblings of Louisiana soldiers and airmen spent four days each attending the fun, military-style summer camp at the center going through different tracks, such as marching, rock wall climbing, fishing and paddling, and resilience and disaster preparedness training.

“This camp would not be possible without the trust that parents, campers and volunteers place in our ability to run a safe and fun camp year after year,” said Angela Ott, Child and Youth Program lead coordinator. “As this is my 16th year of camp, I have witnessed many changes to the training, activities and location in order to evolve with our campers’ needs, but what never changes is the excitement and smiles on their faces!”

The annual LANG military kid’s camp, often called Kid’s AT, began in 1997 and allows youth to build relationships with other children who understand experiences that are unique to children of service members, both deployed and stateside. 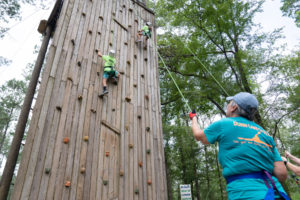 with their military peers. Without saying a word, each and every kid there knows what it’s like to be separated from loved ones during deployments and state emergencies,” said Katherine Saint, a parent to four children who attended this year’s camp. “There isn’t anything else around that provides the space for kids going through these similar emotions and sacrifices. It’s one of the kids’ highlights of the summer!”

This year, nearly 100 military youth attended the camp and many were recognized each day for their efforts, including the Kindness Award presented by Maj. Gen. Keith Waddell, adjutant general of the LANG, and his wife, Lisa. This award is presented to one camper per platoon each day who was witnessed as going out of their way to assist others. 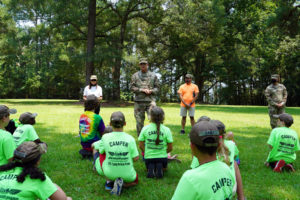 “Giving back to the children of our service members is just a small token of our appreciation for the sacrifices they make each and every day,” said Waddell. “I want to thank the volunteers and employees of the LANG Child and Youth Program for making this camp a success. This is a great event for our families!”
The youth, ranging from 8-13 years old, are divided into age-specific platoons with adult leaders, just like a military unit. The week is full of events that teach the youth about the military and what it’s like to be a Louisiana National Guardsmen.

“At first camp was something very new to me, but Camp Pelican Pride taught me the importance of life-learning skills,” said 12-year-old Emma Huber, daughter of recently retired Sgt. 1st Class Colleen Huber who volunteered at this year’s camp. “I absolutely had so much fun and will come back next year.”

Many of the adults and teens who volunteer at these camps are former campers who have grown up with each other through the years, such as Gretchen Eichenauer, whose mother served in the LANG. 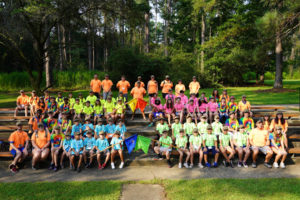 “I’ve been attending the LANG camps with both of my sisters for 16 years and never miss a camp!” said Eichenauer, who is now 23 years old. These camps have built a huge support system for me and so many other military children. Starting at age seven in first platoon, making it all the way to a teenage youth counselor and then as an adult volunteer … I finally fulfilled my camp dream of being a platoon leader this year. It’s so special getting to make memories with people just like me.”

“Someone once told me, ‘find a job you love and you will never work a day in your life,’” said Ott, “And my heart is full!”