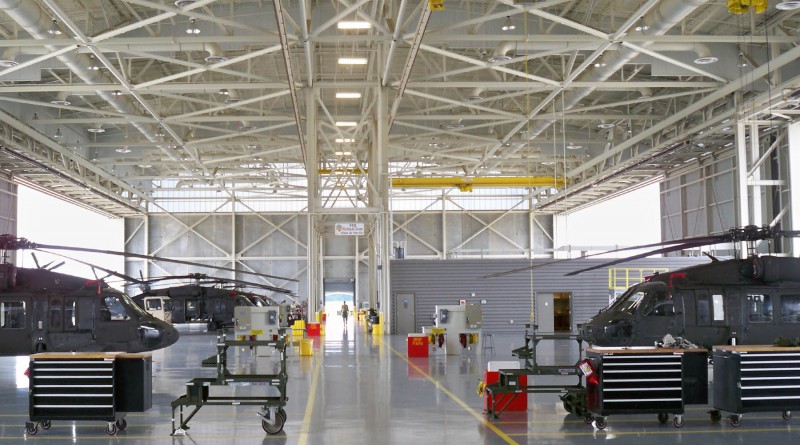 NEW ORLEANS – Ten years ago, Hurricane Katrina devastated Southeastern Louisiana. Three weeks later Hurricane Rita did the same in Southwestern Louisiana. The Louisiana National Guard played a crucial role in the immediate response to both storms, as well as the recovery.

Efforts were complicated, however, by the fact that many Guard facilities, including the headquarters at Jackson Barracks and the aviation facility at the New Orleans Lakefront Airport were destroyed, and many of the Guardsmen were personally affected by the storm.

Today, the Louisiana National Guard has rebuilt, incorporating many lessons learned along the way.

“Katrina taught us a lot about how we were organized, and how to better organize,” said Maj. Gen. Glenn H. Curtis, adjutant general of the LANG. “We have a very, very good all-hazards plan now that we actually executed in Gustav and Ike. It’s still difficult, but it made it much easier. We’re prepared. We’re ready to go.”

With nearly all buildings and infrastructure in the southern half of the state destroyed, the LANG was essentially starting over with a blank slate. This allowed for each facility to be designed for current and future requirements, instead of adapting old facilities for modern uses. It also presented an opportunity to make the buildings more storm proof.

“We had to find a way to rebuild differently – smarter – so that if any flooding or hurricanes came again, we wouldn’t be as affected,” said Col. Daniel Bordelon, construction ‎and facilities management officer for the LANG.

This included relocating and splitting up critical infrastructure and equipment, improving durability, and continuity. One example was the construction of a new $110 million aviation facility in Hammond, 42 feet above sea level, so that helicopters could be safely based just outside New Orleans.

“It’s much smarter to have it outside of the immediate impact area,” Bordelon said.

Another example was the construction of a $33 million Joint Operations Center at Camp Beauregard in Pineville. “Locating the Joint Operations Center in the center of our state makes our emergency preparedness and response efforts more flexible, so the Guard is well-positioned to respond to disaster wherever it strikes,” Gov. Bobby Jindal said when it opened in 2009.

In addition to improving facilities based on past experience, plans and protocols were also overhauled to incorporate the experience and expertise gained during Hurricane Katrina.

“The focus of LANG is always on the future – the next disaster, the next deployment. We continue to train, exercise and improve our processes so that we can be more efficient and effective on the next mission,” said retired Col. Pat Griffin, emergency management director for Emergency Support Function 7, which is the lead state agency for logistics and commodities distribution. “What we are capable of doing today is light years from our heroic efforts in Katrina.

“We’ve also secured a regional staging area capable of holding 500 trucks; we have everything staged in advance,” Griffin said. “We are ready today for a large-scale response effort immediately after a storm.”

Annually, the joint disaster planning and exercising conducted in Louisiana has become a national model for readiness, and validates the LANG’s ability to respond to a disaster of Katrina’s magnitude with much greater speed, efficiency and expertise than a decade ago.

Since the 2005 hurricanes, the LANG’s readiness and response has been tested through many emergency operations, including Hurricanes Gustav, Ike and Isaac, the BP oil spill, and flooding along the Mississippi and Red Rivers.