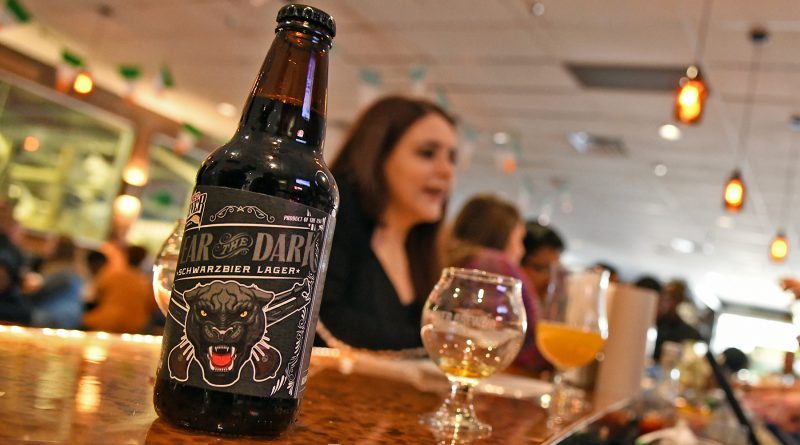 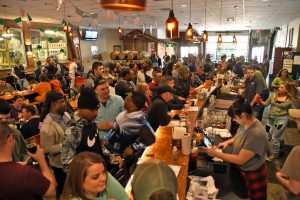 NEW ORLEANS – After spending three long weeks training for an upcoming deployment overseas, the Louisiana National Guardsmen of the 39th Military Police Company, 773rd MP Battalion, 139th Regional Support Group were ready to go home to their families and wind down with a cool beverage. Fortunately for them, Shreveport’s Red River Brewing Company came to the rescue with a specially brewed beer and hosted a family day for the unit at their brewery, March 16.

“This is why we’re in business. As the poet Ice Cube put it, ‘today was a good day’ for us,” said Jared Beville, a co-owner of the brewery in downtown Shreveport. “To be able to work within our muse to create a beer for the unit is one of the coolest things that we’ve done so far.

The beer, named Fear the Dark after the 39th’s motto, is a dark German lager. When the unit learned that they would be deploying overseas, their family readiness group and unit leadership met with Beville and asked if it would be possible to have a beer brewed for them. The brewery also designed a custom label to put on the bottle that features the unit’s logo, military police crossed pistols behind a black panther.

“The schwarzbier fits perfectly for the name of their company,” said Beville. “It’s a dark beer with coffee and chocolate notes but it doesn’t have the roasty or acrid notes of a stout or really dark lager. It’s a really approachable, common man’s sort of beer.” 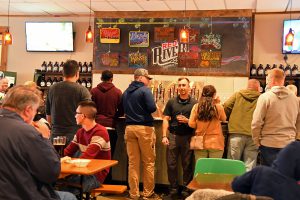 During their three-week annual training, Guardsmen in the 39th had to ensure that they were trained and up-to-date on all of the Army warrior tasks that are specific to a military police unit. In addition to qualifying on a variety of weapons systems, digging foxholes and attending various classes, they also had to undergo familiarization training by being tazed and pepper sprayed. On the last day, the unit was bussed to Shreveport for their family day.

“It was very tiring. They were long days with early mornings and late nights,” said Capt. Tyriel Riviere, commander of the 39th. “Everybody here has done a great job, and now that all of my Soldiers have gotten through the training, it feels great that we can all have a couple of beers and relax.”

“After 21 days of being up all night and early in the mornings, just being able go somewhere and relax and have a few beers puts our morale through the roof,” said 1st Sgt. Gregory Martin, of Sulpher, senior enlisted advisor of the 39th. “I’ve been in for 25 years and have been to four going away ceremonies, and I’ve never had my own bottle of beer. It’s pretty cool.”

Spc. Devin Barron, of Bush, was especially excited to have some time to relax upon leaving the field. His mom, Rene Babin, made the five-hour drive from their hometown to spend some quality time with her son and his military family before their deployment.

“The beer is actually really good, and it’s nice to have a day to relax with my family, friends and the guys in my 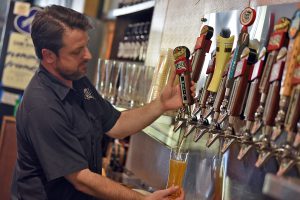 unit,” said Barron. “The training itself was pretty hard. I’ve never deployed before, and I learned a lot from the older guys who have deployed overseas to Iraq and Afghanistan. There are going to be plenty of opportunities while I’m deployed to get different certifications that will help me in the civilian world when I get back home, too.”

While Barron was talking about his training experience and about his expectations of the unit’s deployment, his mom was moved to tears by the pride she holds for her son.

“I’m above and beyond proud of Devin. Words can’t even describe it. He joined the Guard as soon as he turned 17 and has been hitting every milestone he set for himself,” said Babin. “Just watching Devin grow, he always knew he would serve. I’m super proud that he’s meeting his dream.”